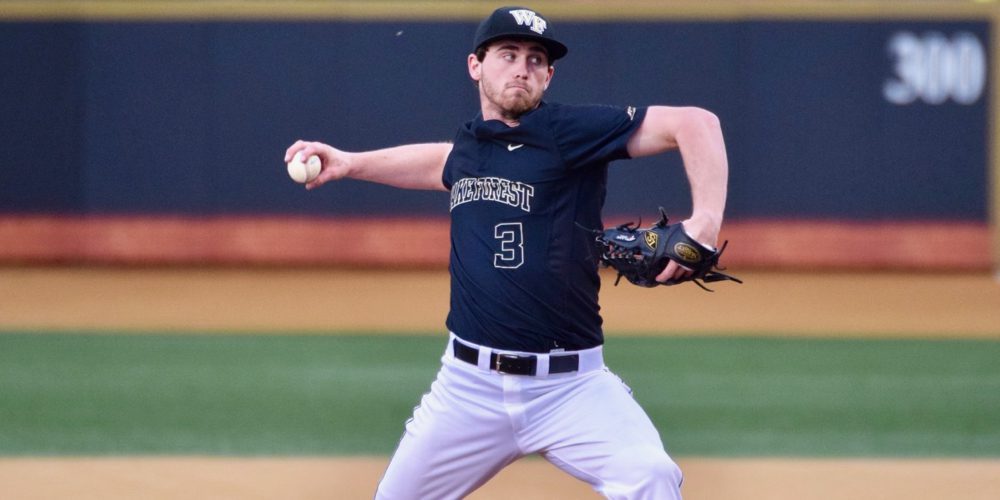 If we’ve learned anything in sports lately it’s that what seems impossible may not be so.

For proof, sports has brought us a World Series title that ended a 108-year Chicago Cubs drought, the demise of the Connecticut women’s basketball team’s 111-game win streak, a once unfathomable NBA championship for the Cleveland Cavaliers and College World Series glory for Coastal Carolina in its first trip to Omaha … all within the past year.

Wake Forest, which hasn’t been to the College World Series in 62 years, didn’t really think big when it got together as a team for the start of fall practices.

But it may want to start dreaming now.

Senior righthander Connor Johnstone said Wake’s attitude this fall was simple: “It was more, ‘OK, we will make a regional. We’ll make some run at it.’ But to have the team we have now … I think everyone is a little surprised, especially ourselves.”

That’s an honest assessment from Johnstone, whose own performance has been a stunner this season. He is a big reason why the Demon Deacons (21-9) are in third place in the ACC Atlantic Division with an 8-4 record.