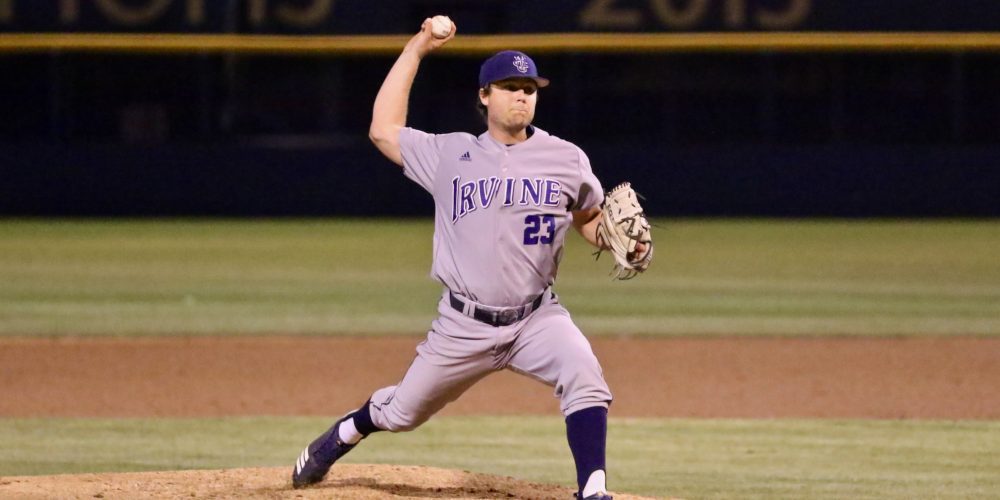 LOS ANGELES — Hunting for its third straight 3-1 week, UC Irvine got off to a great start with an 8-1 victory at UCLA on Tuesday night. But the Anteaters also came away with some concern after Nick Anderson was plunked by a pitch in the ninth inning.

Anderson couldn’t complete the contest and had to be replaced. The pitch hit[…]