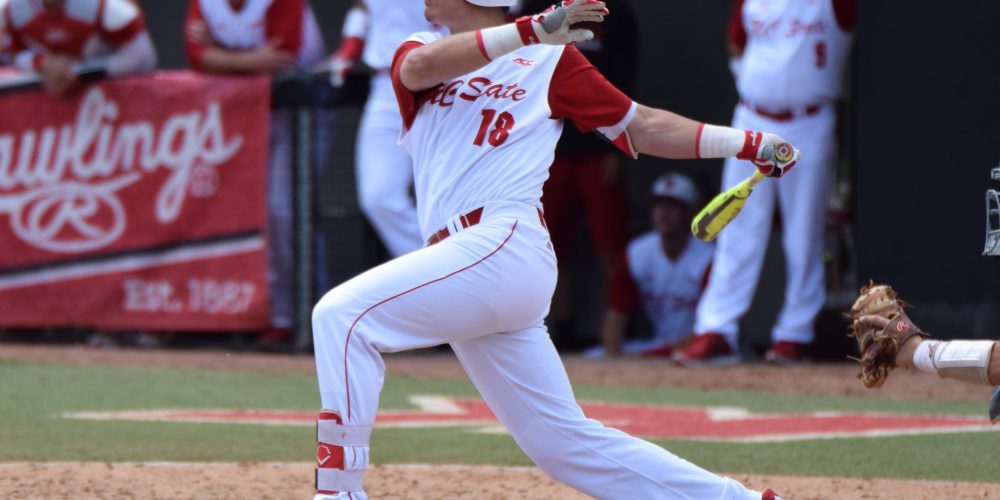 Wolfpack Has Reason To Celebrate

RALEIGH, N.C. — The mood around the home dugout at Doak Field was festive, as veteran NC State players celebrated a big senior day victory with their families, and children milled about collecting autographs from players, and the sun shined through the clouds after a wet week in North Carolina. The Wolfpack had plenty to celebrate after a dominating 10-1 win against arch-rival North Carolina that clinched the series, clinched a winning record in the ACC, ensured that the ’Pack would avoid one of the two ACC tournament play-in games, and kept NC State’s regional-hosting ambitions alive.