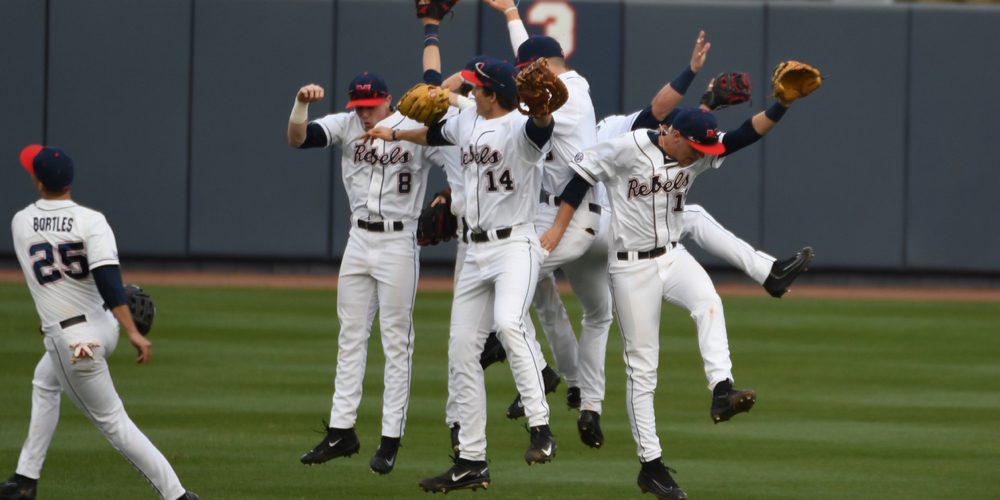 OXFORD, Miss. — Heading into opening weekend, the series between No. 10 East Carolina and Ole Miss looked compelling for so many reasons. There was ECU coach Cliff Godwin’s return to his old stomping grounds. There was the intrigue of a matchup between a veteran-laden ECU team coming off a super regional trip facing off against a young Ole Miss squad leaning heavily on the nation’s No. 1 recruiting class. Going into one of college baseball’s rowdiest atmospheres looked like a great test for the Pirates, but a test they were well suited to handle given their experience. But how would the young Rebels handle that same atmosphere?

“Certainly you’re playing against great competition, great crowd. I think at times, you’re not sure, even though they’re your fans, they’re your 11,000, 12,000 — there’s a lot of pressure on a lot of young players playing for the first time,” Ole Miss coach Mike Bianco said. “So I’m really happy to watch them continue to play the way they’ve played.”

After two games, Ole Miss has to feel great about the poise of its youngsters, who handled themselves with aplomb in back-to-back one-run victories against a top-10 opponent. On Saturday, the Rebels came back from a 2-0 deficit — after escaping from a bases-loaded, one-out jam in the fifth — to win 3-2 and clinch the huge series.

For the second straight day, freshmen played a key role in the victory. After collecting three hits Friday, center fielder Ryan Olenek moved up a spot to leadoff and chipped in two more hits — most notably a leadoff single in the seventh that sparked the decisive two-run rally. The lanky, athletic freshman scored from first on Will Golsan’s double into the left-field corner. Olenek is a good-looking player with good bat speed and barrel control to go along with his athleticism, which makes him a candidate to hit in a number of different spots in the lineup.