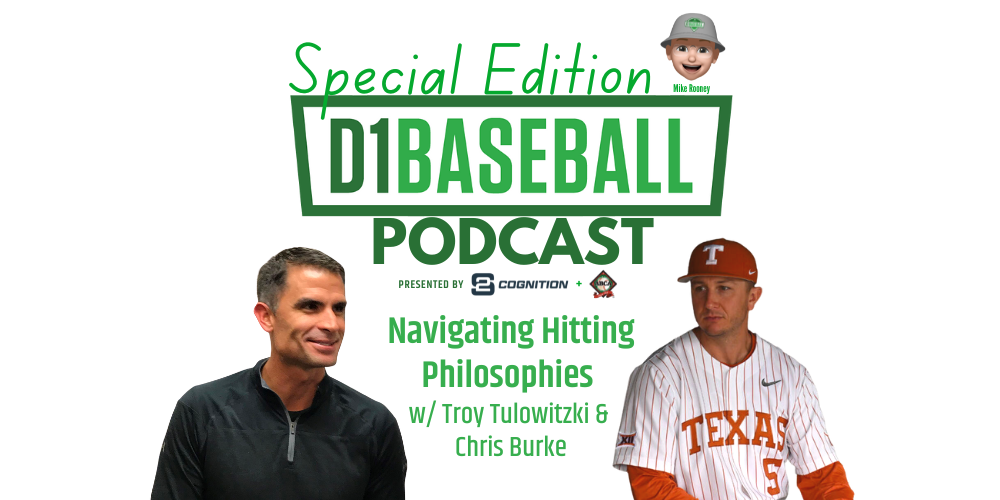 In the first part of the show, Troy Tulowitzki talks about his hitting philosophies as a 5x All-Star & 2x Silver Slugger and then how those philosophies translated when he worked with hitters for the Texas Longhorns.

In the later part of the show, Chris Burke talks more about his development as a hitter coming up through the ranks as a player, his thought on hitting in today’s game, and how he currently coaches his two young sons.