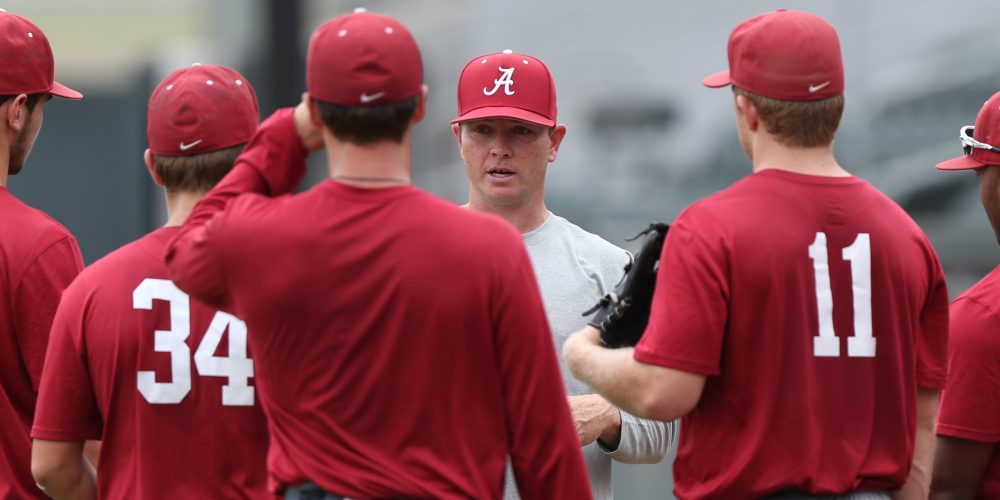 TUSCALOOSA, Ala. — The Alabama campus was bristling with energy, with atmosphere, with activity. The next day, the top-ranked Alabama football program hosted LSU. Of course, everything in Tuscaloosa involves football in some form. Brad Bohannon sat in his office in Coleman Coliseum. Just outside his office, alumni and boosters were lined up for a group lunch with some football coach, Nick Somebody.

But tucked away in his own office, Bohannon, the first year Alabama baseball coach was ready to discuss his baseball squad. The 42-year-old hit the ground running in June, put together a staff and began laying the groundwork to flip the results on a squad that won just five conference games in 2016.

That team was also led by a first year Crimson Tide coach, Greg Goff, who was terminated in May after a tumultuous initial campaign. Goff didn’t exactly leave his successor a gift basket of Archibald’s ribs. Instead, Bohannon inherited a roster with more players than lockers, a puzzle with too many pieces to ever complete. That led to exercises in math, negotiation and creativity for the new staff, the players and their families.

“June the 5th was like a fairy tale,” Bohannon explained of his hiring. “The press conference, private plane; you are followed by cameras, treated like royalty. Coach (Nick) Saban acts like he cares about your thoughts on the zone blitz or whatever.

“Then day two, they drop the folder on your desk. There were plenty of areas that needed to be addressed. At the end of the day it is very black and white. You have a limit on how many kids can be on the team and how many kids can be on scholarship. The math wasn’t working great initially. I think like anything in life, you do the best you can and try to be honest. I am thankful to all of the kids and families who I worked with. I think everyone was exceptionally understanding. But it was a challenging first few weeks on the job.”

So how did those conversations go? Practically every player was impacted from second team all-SEC outfielder Chandler Taylor, two-year starting shortstop Chandler Avant and Friday starter Jake Walters. All three are back to play for Bohannon where their future under Goff was uncertain.