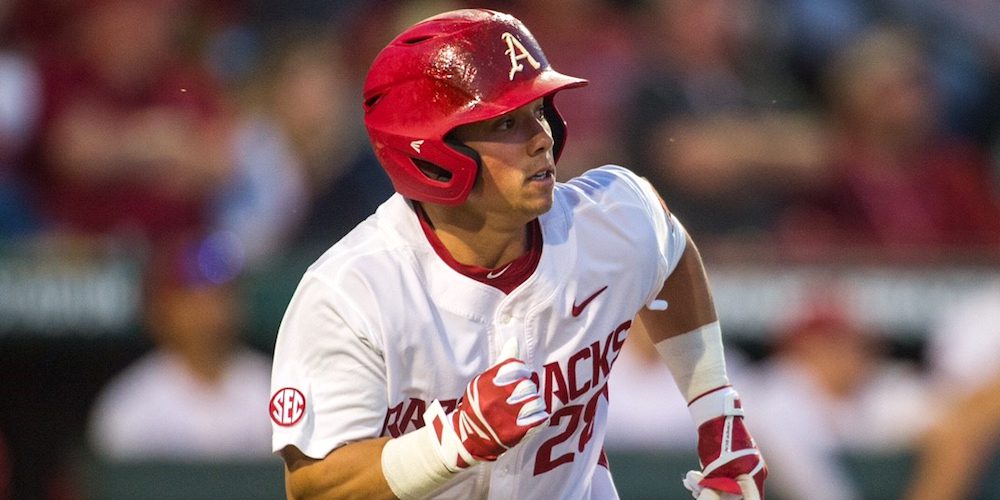 There’s a strong buzz about Arkansas as fall workouts come to a close for coach Dave Van Horn’s club.

The Hogs haven’t reached the College World Series in two seasons, and fell just short last year after getting tripped up by Missouri State in the Fayetteville Regional. But even with that tough loss to the Bears, Van Horn and the Hogs got through the summer in good shape. Not only did guys like Blaine Knight and Carson Shaddy decide to return to college for another season, they also got through the draft in good shape with some of their high school signees.

That combination set the tone for a spirited fall session with some impressive results. Knight and others headline the pitching staff, while returning starter Dominic Fletcher had an outstanding fall and freshman outfielder Heston Kjerstad left a strong and immediate impression on his coaches and scouts alike.

“I’m really excited about what I saw from the young players, because I really knew what to expect from some of the returning guys,” Van Horn said. “The returning guys, for the most part, are healthy and continue to develop and get better. The new guys were impressive, too. They’re very talented and there’s no doubt they’re going to help us out in a big way very soon.

“I think the biggest thing about this team is that we’re a lot more experienced and we’re deeper across the board,” he continued. “If a guy tweaks his knee or elbow and gets hurt, we’re in a lot better shape to have guys fill in. We can come at you with right and lefthanded hitters and we’ve got several young players who are really pushing the veterans at some positions.”

Arkansas will be one of the favorites in the SEC and clearly a team expected to get to the CWS. But how good, exactly, did this team look during the fall?

It’s time to take the deep dive into the Razorbacks.