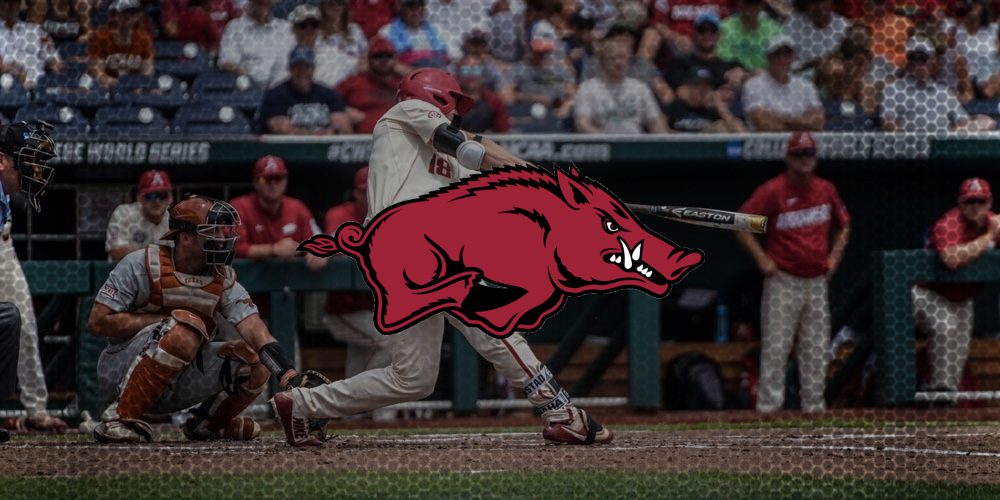 It’s back to business for Arkansas this fall.

The last time we saw the Razorbacks in person, they were competing for the national championship and were one out away from winning the program’s first national title. Sure, that moment hurt for the Hogs, and sure Dave Van Horn’s club must replace weekend starters Blaine Knight and Kacey Murphy, among others.

But there’s so much to be excited about when it comes to the Hogs this fall, too.

The Hogs welcome back the three-headed monster offensively in Casey Martin, Heston Kjerstad and Dominic Fletcher, while the pitching staff has some ultra-exciting pieces back in the mix, too, led by lefthander Matt Cronin, righthander Isaiah Campbell and picks to click Jacob Kostyshock and Zebulon Vermillion.

“The fall has been a grind. We’ve got a lot of new kids and we’re replacing six starters in the field and two weekend starters, so there are a lot of growing pains,” Van Horn said. “I would say the pitching has definitely gotten after our hitters pretty good, but that can be a good thing. I like the depth of our pitching staff.

“I would say the fall has been exactly what we thought it would be,” he continued. “We had an experienced team last year and you could pretty much look like at our roster and figure out who was going where without too much trouble. It’s a totally different feel right now, but there’s a lot more competition. There’s more intensity and we’ve challenged our players in a big way. It’s certainly been a difficult fall for them.”

With the Hogs looking to make a return trip to Omaha in 2019, we kick off our 2018 Fall Reports with the reigning national runner up.

• One of the more interesting storylines to follow for the Hogs as the fall progresses is where sophomore sensation infielder Casey Martin will play in the field. Martin was the National Freshman of the Year last season for good reason. And despite a rough showing in the CWS Finals, still managed to hit an outstanding .357 clip at the College World Series. So, will Martin stick at third base in 2019?