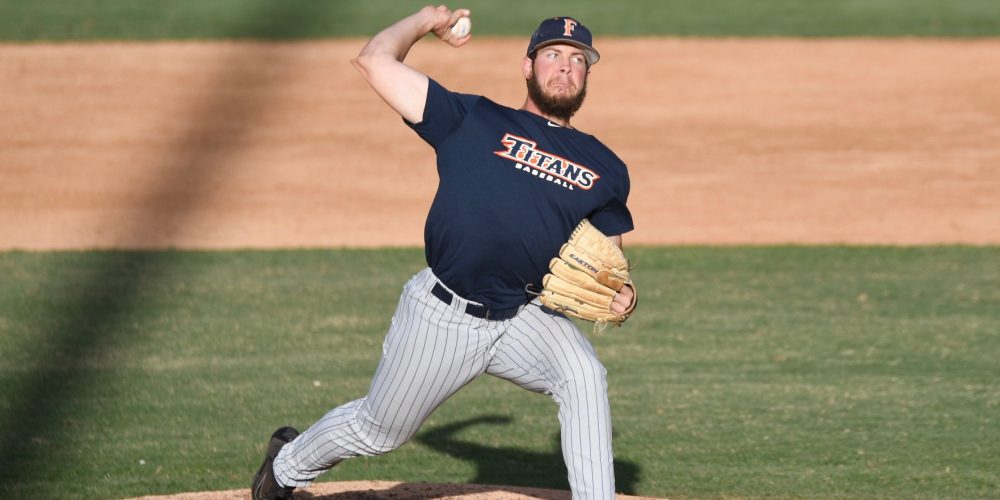 Not that the Titans ever really went away — they haven’t missed a regional since 1991, after all — but from 2010-14 they did endure a five-year stretch without any trips to the College World Series, the longest such drought since the program moved to Division I in the 1970s. Given the history and standards of the program, those were five long years for Fullerton fans. But the Titans made it back to the CWS in 2015, and last June they took down rivals Stanford and Long Beach State in back-to-back postseason road trips to reach Omaha for the second time in three years.

Seventh-year head coach Rick Vanderhook has Fullerton rolling along once again. So even though the Titans have some big shoes to fill — six everyday regulars and two-thirds of the weekend rotation are gone from last year’s club — there’s plenty of reason to expect Fullerton to battle for the Big West title and make another deep postseason run.

For starters, Cal State Fullerton is going to pitch at a very high level, as usual. Fullerton is on its fourth pitching coach of the Vanderhook era, as Steve Rousey takes over for Blake Hawksworth, but no matter the pitching coach, the Titans throw strikes as well as any team in the nation year after year — Vanderhook doesn’t abide free bases. Fullerton also has a long history of pitchers with advanced feel for changeups, and this year is no different. This staff is loaded with strike-throwers who can miss bats or pitch to contact with deceptive changeups.

When Fullerton played a fall scrimmage against UNLV two weeks ago, it played pretty typical Titan baseball, even though the cast of characters has changed. The Titans are going to make opponents beat them; they’re usually not going to beat themselves.

“I think against Vegas, in 14 innings we walked three guys, and no errors,” Vanderhook said. “So I thought that was a good day.”