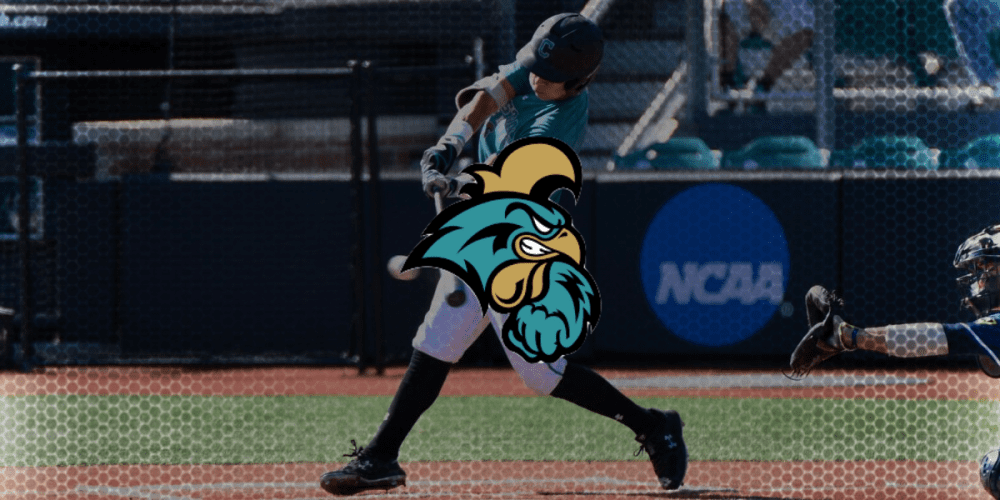 A week later, the Chanticleers got a November wakeup call, falling flat in a listless performance against UNC Wilmington over a pair nine-inning scrimmages. Gilmore has never been afraid to send messages to his team through blunt words in the clubhouse or through the media, and he has proven to be a motivational master over the years. He doesn’t play mind games — he just speaks his own mind, and his players usually respond well. Gilmore made no effort to hide his frustration after the UNCW day.

“I tip my hat to Wilmington, they out-competed us all day long, something that very rarely happens but it happened all day today,” Gilmore said. “We had pro day yesterday, and basically for whatever reason, ever since we played Clemson last Saturday we’ve shut it down. Practice has been atrocious, honestly it’s been some of the worst practices of my career this past week, and it got us today. A lot of excuses you can make, we threw all freshmen but one guy, I can sit here and make a bunch of excuses, but at the end of the day, they deserved to win.

“When you show up, there’s a scoreboard, we’re keeping score, they’re announcing your name — I want to see guys compete. And that really bothered me today. … We miss the presence of (Kevin) Woodall and (Seth) Lancaster, we miss that right now. We haven’t had people step up. But we’re not as bad as we looked today, and maybe not as good as we played the other day. We’re somewhere in the middle. But we kinda got took out to the woodshed today.”

Coastal has been blessed with rare leadership ever since its 2016 national title team, but most of those core veterans are gone. Fifth-year senior righthander Bobby Holmes and fourth-year junior lefty Austin Kitchen are the remaining holdovers who played the most on that 2016 title run, and Coastal will lean on them to provide leadership on the pitching staff. Holmes was like an extra coach for the Chants while recovering from Tommy John surgery last year, and the coaches hope he can return to hold down a key role on the staff next spring, though his road back has been long and bumpy. Kitchen and Holmes could both be versatile swing pieces on this staff, capable of starting, working in long relief or in the late innings, as needed.