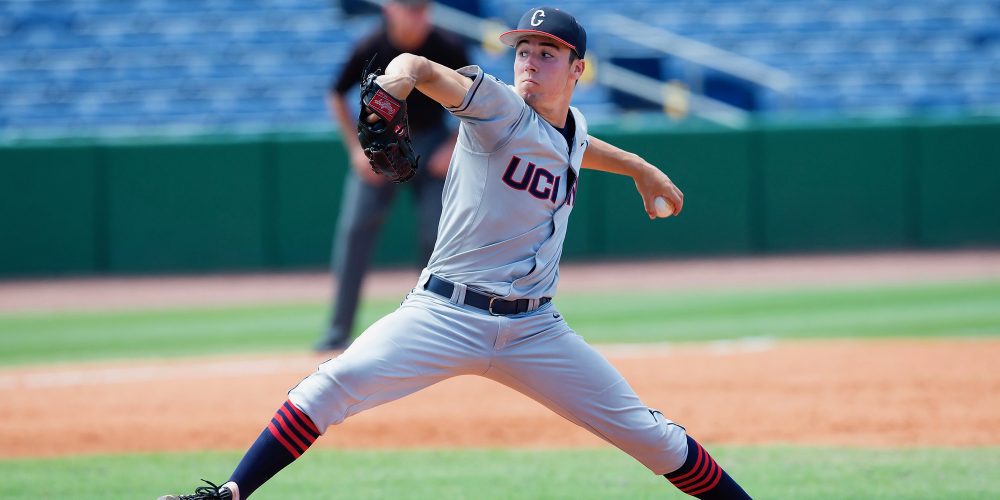 Connecticut’s season was full of ups and downs in 2017, but when Memorial Day rolled around, the Huskies were right in the thick of the at-large race. UConn finished 14-10 in the American Athletic Conference (the No. 4 RPI conference) and No. 38 in the RPI; usually that combination is enough to get a team into a regional. But a slew of conference tournament upsets resulted in a smaller-than-usual bubble, and UConn found itself on the outside looking in when the field of 64 was announced.

That experience was tough to swallow, but the Huskies didn’t point any fingers. They simply looked in the mirror, and dedicated themselves to avoiding the same fate next year.

“We didn’t earn it last year, that’s the bottom line. We did not earn it,” UConn coach Jim Penders said. “We pledged that day as we didn’t see our name come up that we’re going to do “one more thing, one more time.” So that’s been the theme this fall: OMT, OMT, to make sure that we control our destiny and don’t allow anyone in a conference boardroom to decide it for us. I tell them, if they don’t like where they’re hitting in a lineup or they don’t make a travel list or they’re not in the starting rotation, assume that I’m the dumbest coach in America and make it blatantly obvious to me that you deserve that spot. That’s kind of been the mode of operation this fall: one more thing, one more time. We’re not going to be 65th again. Use that feeling that we had on Memorial Day watching ESPN, knowing that we didn’t deserve it last year, we did not quite earn it. Let’s leave no stone unturned earning it this year. It just adds a little bit more fuel to the fire, I suppose.”

Given the quality of Connecticut’s roster, it’s easy to envision the Huskies winning the American this spring and cruising into a regional. There are some players who still need to prove themselves, but there are also some established winners returning from last year, and some exciting high-end talent.