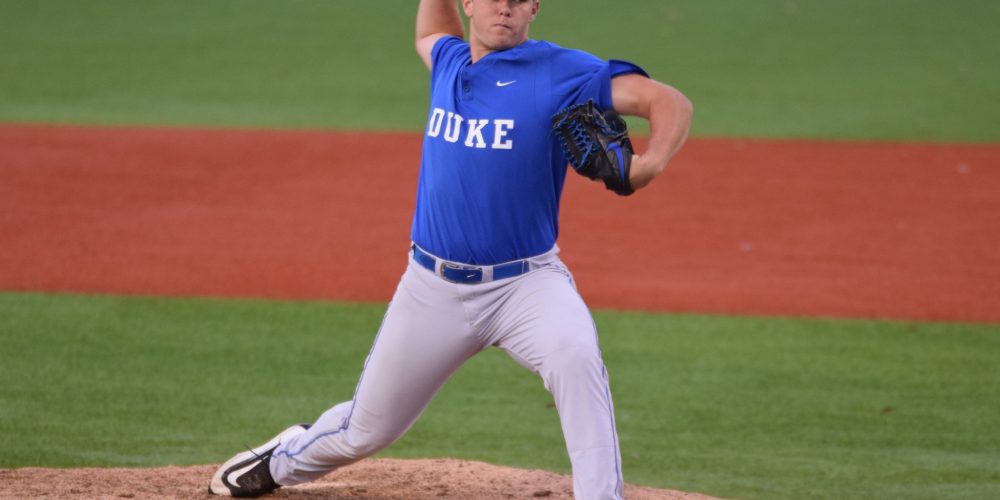 DURHAM, N.C. — For years, the driving purpose behind the Duke baseball team was simple: to end the drought. But after fourth-year coach Chris Pollard led the Blue Devils to the NCAA tournament last spring for the first time since 1961, their world changed, and so did their perspective.

Now, Duke wants to take the next step. Now, with every key regular back in the fold for another year, Duke heads into a new season with higher expectations than ever before. And that’s a refreshing change, not a burden.

“It’s year five (for this coaching staff), and we should have some expectations now,” Pollard said. “We’ve been a good practice team so far this fall. I haven’t sensed any complacency, guys go out there and have a very businesslike approach to what they do. A good litmus test for me: the day before fall break, everybody’s got one foot out the door, they’re getting ready to jump on airplanes, but they played the game like it was the middle of March. That told me, this group’s going to be pretty good at living in the moment.”

Duke held its scout day Wednesday after players returned refreshed from the break, which allowed 16 different pitchers to throw one inning apiece. The biggest question mark facing this team is who will step into the rotation after all four of last year’s top starters departed. But Duke has no shortage of options, with eight returning pitchers who logged double-digit appearances last year and the addition of perhaps the strongest recruiting class yet in the Pollard era.