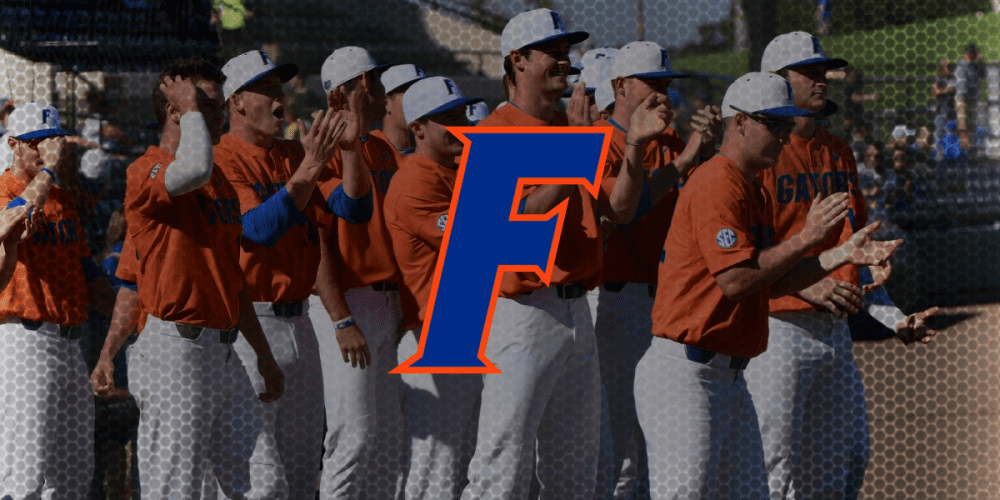 LAKELAND, Fla. — Kevin O’Sullivan could only laugh. And who could blame him for feeling a little bit giddy after showing off all his shiny new toys on the mound last Sunday against South Florida in Lakeland?

Only Florida could lose two first-round picks on the mound (D1Baseball Player of the Year Brady Singer and Jackson Kowar) and a first-team All-America closer (Michael Byrne), but come back with a staff that might be even deeper the following year. It’s comical. In a pair of six-inning scrimmages against USF, the Gators used 11 pitchers. Ten of them touched 92 mph or better, including freshmen Nick Pogue, David Luethje, Christian Scott and Ben Specht.

“And the thing about the freshmen is they’ve got some pitchability,” O’Sullivan said after subduing his giggling fit. “They can throw the ball down, spin the ball across the plate, throw some changeups. Pretty impressive. We had two walks in 12 innings. We tried to play our older position players in the first game and have our younger pitchers throw, for the most part. A couple of them, the leadoff hitter got on and they got out of it. I think it happened with Specht, I think it happened with Nick Pogue and he settled in. Christian Scott was good, and David Luethje. They all pitched good. For freshmen and, probably a couple thousand people here.”

Indeed, the Florida newcomers stood out for their polish and their poise as well as their arm strength. Whatever roles the freshmen settle into — and there’s a long way to go before that becomes clear — this staff will be among the deepest and most talented in college baseball thanks to its newcomers and its power-armed returnees, all of whom have made steps forward this fall.