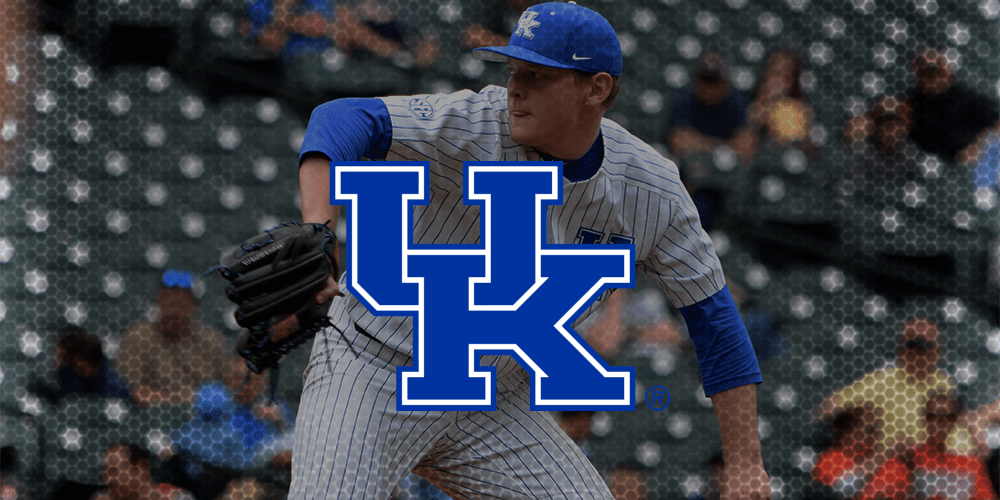 LEXINGTON, Ky. — If Kentucky’s new facility is a sign of things to come for the baseball program, it’s safe to say the future is bright for coach Nick Mingione and his club.

There’s no doubt recruits in the region have taken notice of UK’s commitment from a facilities standpoint. Now, the Wildcats hope to turn that commitment into huge results on the national stage.

Kentucky is fresh off a disappointing finish to the 2018 campaign. The Wildcats actually put together an impressive NCAA Tournament resume. But thanks to an iffy Southeastern Conference record, Mingione’s ‘Cats were left out of the postseason field of 64.

That team had Omaha potential.

This year’s club? The Wildcats must replace seven of their top hitters, two weekend starting pitchers and more. However, the pieces are there from a pitching standpoint to not skip a beat, especially if lefthander Zack Thompson throws the way he did in the Michigan scrimmage last week. Offensively, the Wildcats have some big holes to fill, but also welcome back hard-hitting TJ Collett and others.

“I’ve been racking my brain around our team — how do we replace 13 draft picks? How does our team translate that into wins on the field?,” Mingione said. “So the experience thing is our goal this fall. We want to put our guys in game positions as much as we can this fall, with hopes that’ll create good results in the spring.

“By the time we get to the end of the fall, I want us to feel like we’ve been through an entire season, even if it’s obvious we haven’t been,” he continued. “We’re putting our guys into a bunch of different positions and we’re holding them accountable. The general feeling is that this is a very close-knit baseball team. They love being around each other and I can tell you that not every team is this way.

“This team is totally different from even a couple of weeks ago, so we’re really interested to see this club is at the end of the spring as opposed to where they are  right now,” he continued. “I have extreme confidence in this team, but it’s going to take time. This team just keeps getting better, and we’ll see where we are in a few months.”

The Wildcats will rely on several newcomers in 2019. Freshman lefthander Dillon Marsh might not have 90-plus velocity on his fastball, but has outstanding pitchability and showed feel for multiple pitches against Michigan. Offensively, young Rook Ellington looks the part as a defender in center field, while also having an aggressive, mature approach at the plate.

With further ado, let’s break down Kentucky this fall.

• One of the huge keys to UK’s success in 2019 is the health and production from junior lefthander Zack Thompson. Thompson, a 6-foot-3, 220-pounder, was outstanding before his injury last season, getting up to 94-95 mph with his fastball in the Shriners College Classic. He’s now healthy and ready to roll once again. Against Michigan last week, Thompson struck out four and allowed just one run in two innings of work. Thompson showed good feel for a 90-93 mph fastball, while also showing feel for his big breaking 73-75 mph curveball — he got three strikeouts via the curveball. Thompson showed his entire arsenal, throwing a mid-80s cutter and slider, while also flashing a low-to-mid 80s changeup. The talented lefty looked sharp and showed why he’s a projected high-round pick for next summer’s draft.