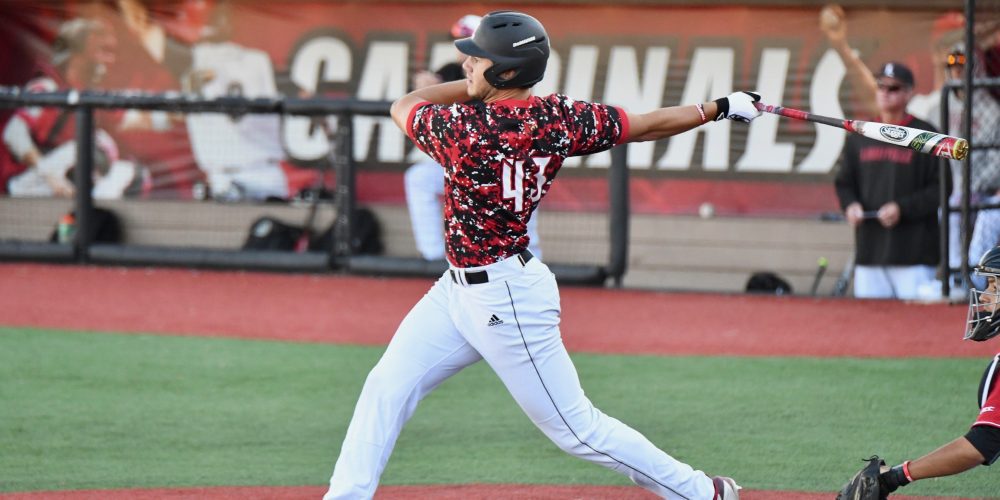 LOUISVILLE, Ky. — The right-field wall at Jim Patterson Stadium is adorned with the likenesses and names of Louisville Baseball’s All-Americans. When Dan McDonnell arrived at UofL in the summer of 2006, just two players were immortalized on that wall. Now, the litany of All-Americans stretches from the right-field foul pole almost all the way to dead-center field — and more players will soon be added from the 2017 campaign.

McDonnell takes obvious pride in that wall, and what it represents: the burgeoning tradition he has built in just a decade at Louisville. When he talks about his current team, he’s constantly invoking the names of the Louisville stars of the past 10 years, holding them up as exemplars to be emulated, bearers of the hot flame of the program, and passers of the baton of greatness.

“I love talking about the older players, I love celebrating their accomplishments,” McDonnell said, leaning on the third-base dugout railing and staring out toward right field. “That’s why every All-American is on that wall, that’s why every championship team is somewhere in a dogpile photo — if you walk down our office, you’ll see every dogpile is on there.”

Louisville’s lineage of impact players is important because each new wave of talent learns from the guys who came before, and the culture of the program is passed down from year to year. And the Cardinals have an impressive history of developing players who served as understudies to star veterans when they were freshmen, only to become stars of their own later on. That means they usually don’t have to rely on freshmen to carry them when the roster turns over, because they already have replacements waiting in the wings.

Such is the case heading into 2018. Louisville faces the daunting task of replacing the best player and best pitcher in school history — Brendan McKay — plus All-Americans Drew Ellis, Devin Hairston, Lincoln Henzman and Kade McClure, in addition to valuable mainstays like Colin Lyman, Logan Taylor and Colby Fitch. It won’t be easy to replicate last year’s 53-12 campaign, which ended in Omaha — but McDonnell is making a point not to lower expectations. After all, Vanderbilt won the national title “the year after” it lost numerous key pieces from its juggernaut 2013 team, and a year later Virginia won it all “the year after” it was the clearcut best team in the country. If those programs can do it, why can’t the Cards?