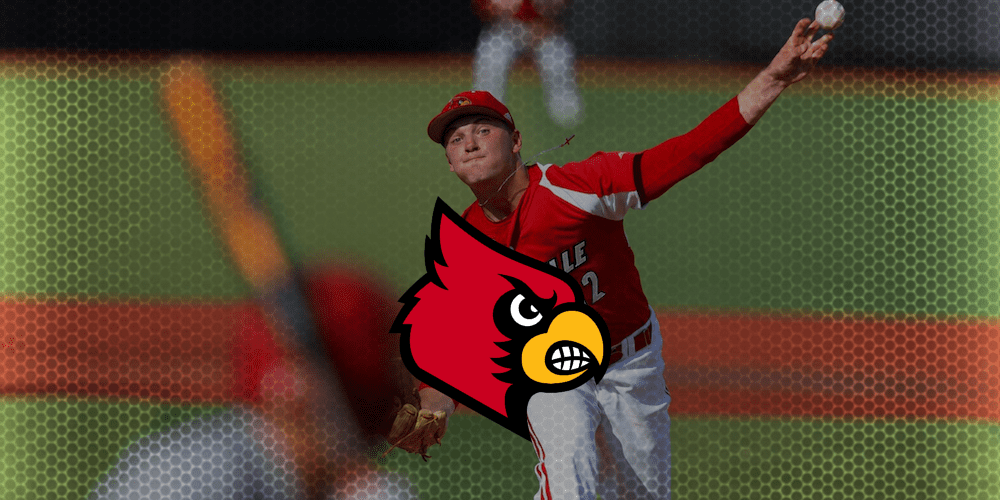 LOUISVILLE, Ky. — Louisville coach Dan McDonnell just had a feeling things weren’t meant to be when the regional pairings scrolled across the screen on ESPN last May and the Cardinals were headed to Lubbock for first-round NCAA Tournament action.

It’s not that he didn’t think his team could beat the Red Raiders. He did. But he knew how small the margin for error would be on the South Plains, while also being a little perturbed that UL wasn’t in strong regional hosting consideration despite winning 21 ACC games and finishing the regular season with a solid RPI.

His hunch proved to be right. The Cardinals did enough to get to the Lubbock Regional title game. But there, the Cards were unable to hold off a powerful Texas Tech lineup and were sent home before the super regional round.

The way last season began, and ended, is still fresh in McDonnell’s mind, and he hopes the 2019 Cardinals leave absolutely no doubt about their postseason fate.

While the Cardinals have some holes to fill — everyone does — they have the personnel to not only make last season’s finish seem like a distant memory, but have more than enough to cultivate a run back to the CWS with their sights set on a national title.

On the mound, the Cards must replace always-steady lefty Adam Wolf, but there’s a lot to look forward to with this staff. Nick Bennett and Reid Detmers continue to make strides, while Bobby Miller had a successful freshman campaign and Brian Hoeing recently showed good stuff in a scrimmage. UL has plenty of other quality options, too, especially from the newcomer class.

The Cards also have much to look forward to offensively. Last year, Josh Stowers was that pick to click for the Cards, and this year’s version could be shortstop Tyler Fitzgerald. Fitzgerald looks the part, and he’s having a sensational fall for McDonnell’s club. The freshman class is loaded, too, with Jake Poland and others leading the charge.

“Like always, the first thing we have to do this fall is teach the game,” McDonnell said. “We have a lot talented young kids on this roster, and you just want to teach them how to play Division I Baseball at a high level. You want to see these guys compete.

“We don’t have a ton of depth, but we have enough guys fighting for positions,” he continued. “We’re fortunate enough that these days, many of these young players arrive ready to play big-time Division I Baseball. It’s not the case with all of them — but it’s the case with many of them.”

Louisville is still an unfinished product. It needs to finalize its weekend rotation and more before spring arrives, but all the pieces are there to make serious noise.

Let’s take an in-depth look at the Cardinals:

• The Cardinals will miss Adam Wolf. After all, the talented starting pitcher tallied a 2.63 ERA in over 100 innings last season. But make no mistake about it, the Cards are in excellent shape when it comes to the starting rotation. Lefthanders Nick Bennett and Reid Detmers are ready to be front-line and featured guys, while Bobby Miller and Brian Hoeing give the Cards two outstanding options for the final spot in the rotation.

Bennett, a 6-foot-4, 210-pounder, is having an outstanding fall. Bennett, as usual, is showing great command of his pitches, particularly his fastball. He’s been sitting in the low-90s with his fastball, along with a quality changeup and curveball. Meanwhile, there’s an even higher ceiling with Detmers, the 6-foot-2, 205-pounder. Detmers is having a strong fall, sitting 90-92 and up to 93, along with a few 94s and 95s on the radar gun at times with his fastball. He’s also showing good feel for the zone, throwing 71 percent of his pitches for strikes in the recent Pizza Bowl scrimmage. He also showed excellent feel for a 73-75 mph sharp curveball, along with a quality changeup.