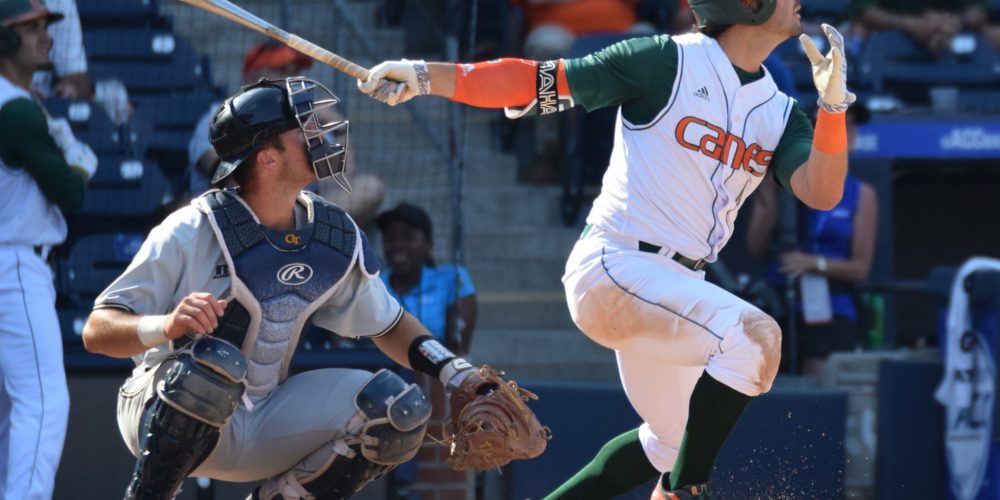 CORAL GABLES, Fla. — Maybe Hunter Tackett wigs will be the next big thing at Mark Light Field in 2017.

Tackett, a 6-foot-3, 185-pound corner outfielder, arrived in Coral Gables this fall after a huge 2016 season in which he was named a first-team Junior College All-American and the Florida JUCO Player of the Year.

And in a dugout where almost every Miami Hurricanes player wears a closely cropped look, Tackett stands out with long brown locks and gnarly facial hair that make him resemble college baseball’s version of Jayson Werth.

“They are trying to get me to keep it,” Tackett said when asked how his Canes teammates reacted to his look. “I might just trim it a bit.”

Tackett hit .434 with 10 homers, 59 RBIs and 21 steals last season for Northwest Florida State College. And if he can even approach those numbers at Miami, maybe the Canes faithful will emulate Colombia soccer fans who still wear long blond Carlos Valderrama wigs or San Francisco Giants followers who wore dyed-black beards in honor of Brian Wilson.

Tackett is unusual for reasons other than his appearance.

He is from Knoxville, Tenn. — just 20 minutes from the UT campus — and somehow landed in Coral Gables. The Canes don’t draw many players from Tennessee … or anywhere in SEC country. But after Tackett left Auburn following his freshman season and had his huge JUCO season, the Canes got on him quick — and they found a receptive audience.

“I’ve always wanted to come to Miami,” said Tackett, who was the Milwaukee Brewers’ 36th-round pick out of high school. “I grew up a Canes fan. As a young kid, I liked who was winning, and Miami was always winning.

“As soon as Miami offered me out of junior college, it was a no-brainer.”

The Canes are counting on Tackett to provide juice for an offense that won’t be the same without catcher/first-round pick Zack Collins, who hit .363 and led the team in homers (16), RBIs (59), on-base percentage (.544) and slugging (.668).