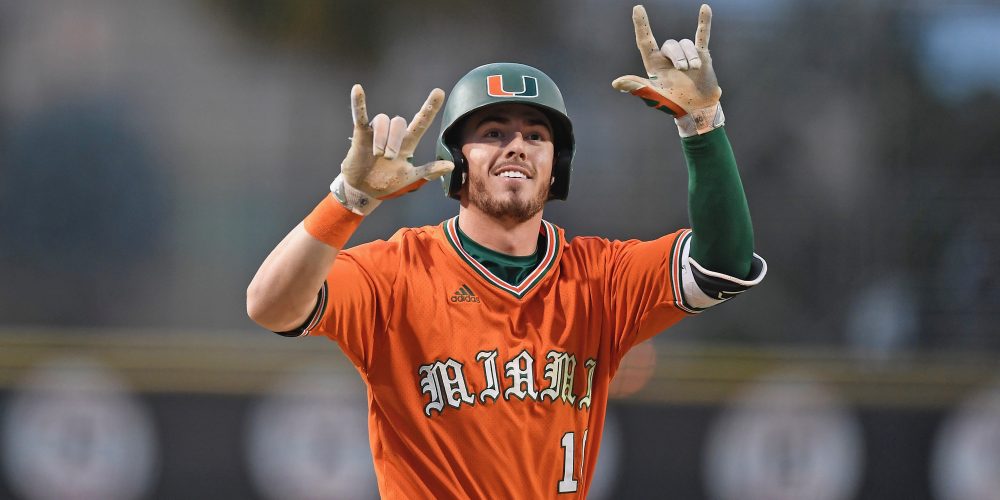 The collective spirit of the Miami Hurricanes baseball program has been damaged. Their hearts left aching.

Miami’s record streak of 44 consecutive years qualifying for an NCAA regional – the longest for any team in any sport – ended last year when the Canes finished 31-27 overall and 16-13 in the rugged ACC.

The start of the 25th and final Miami season for retiring coach Jim Morris is two months away, and second-team All-ACC pitcher Jeb Bargfeldt said the Canes have learned to take nothing for granted.

“We want to start a new streak,” said Bargfeldt, a senior lefthander with a 3.7 GPA while majoring in Criminology. “We have a ‘seize the day’ attitude.

“After we had time to process last season, maybe we didn’t work as hard as we could have.”

“Last season was the lowest feeling in your stomach you can imagine,” said Bargfeldt, who made the ACC’s All-Academic team. “You don’t want to be on the wrong side of history, and that’s where we were.

“We feel so much guilt and shame to let (the streak) fall on our hands. That feeling has been the driving force of our fall. We’ve had intense practices.”

Morris, who turns 68 in February, said he feels mixed emotions regarding his imminent retirement. After this season, the stress of steering the Canes ship will have been removed.

But the joy will be gone, too.

“This game has been my whole life,” said Morris, who was Georgia Tech’s coach before Miami and has more than 1,500 Division I wins. “I’ve had a uniform on every year since I was 8 years old.” 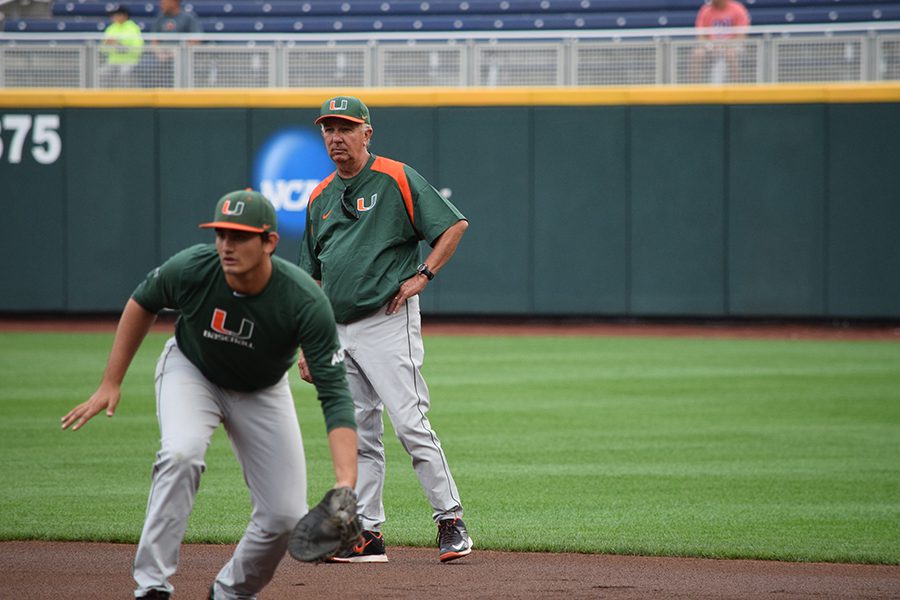 Miami’s Jim Morris inspects his team during practice at the 2015 CWS. (Kendall Rogers)

The Canes have won four College World Series titles, including the 1999 and 2001 championships under Morris.

Whether the Canes can make another deep run this season will likely depend on whether the offense has been significantly improved.

Miami’s pitching appears to be championship caliber, but the Canes ranked 256th in the nation last season with just 4.6 runs per game. They were last in the ACC in batting average (.231) and 11th in homers with 35.

Defense was also an issue as Miami was just 11th in the ACC in fielding percentage.

To fix those issues, the Canes brought in 12 freshmen or junior college hitters and could have as many as eight out of nine new starters.