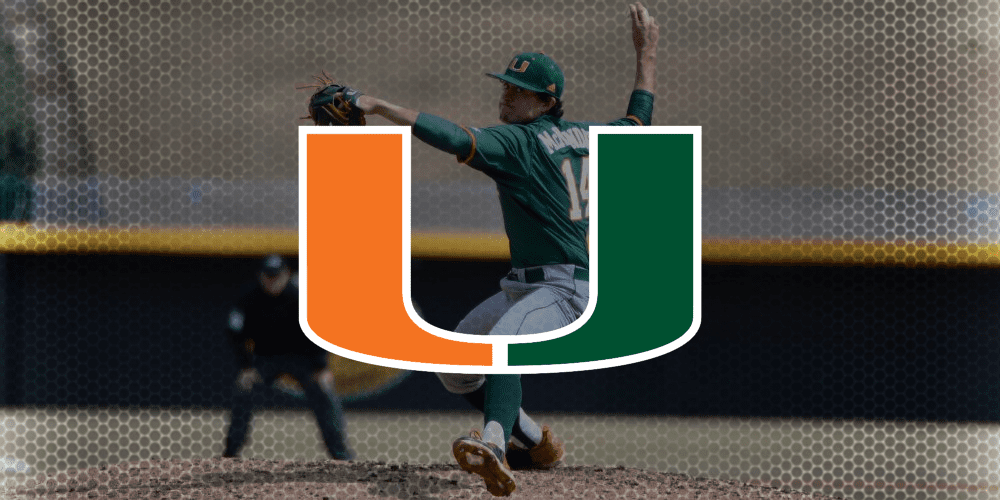 With apologies to the song lyrics made famous by Nina Simone, those words aptly describe the feeling around the Miami Hurricanes program now that Gino DiMare has taken over as coach.

The Canes have had very few hiccups since the late Ron Fraser took over as coach in 1963. He won more than 1,000 games, promoted the team so creatively that it led the nation in attendance several years in a row, and he also won two CWS titles and sent numerous players to the majors.

For the past quarter-century, Jim Morris built on the Fraser legacy, also winning more than 1,000 games and two CWS titles.

However, in 2017, the Canes failed to qualify for a regional, snapping their NCAA-record streak of 44 consecutive years. This past season – with DiMare on the staff as recruiting coordinator and coach in waiting – it happened again as the Canes’ mediocre 28-26 record denied them entrance to the regionals party.

“The past two years have been the most miserable you can imagine,” DiMare said on Thursday, taking a moment to reflect. “For a program that has been as good as we’ve been … it was a sickening feeling.”

When Morris retired following last season, DiMare kept the staff essentially intact, retaining long-time pitching coach and former Canes pitcher J.D. Arteaga in his post and adding “associate head coach” to his title. Norberto Lopez was retained as the catching coach, and he was given DiMare’s old duties as recruiting coordinator.

DiMare said he feels renewed in his new role.

“Head coach is the most important job, I get it,” he said. “But being in charge of getting players (as recruiting coordinator) … there was tremendous pressure. We worked our butts off to sign players. Yet we probably lose more players to the draft than any school in the country.”

The pressure of finding players – and getting them to campus – now belongs to Lopez, who noticed a huge difference in DiMare this fall.

“I haven’t found many people who work as hard as Gino,” Lopez said. “He was under so much stress (as lead recruiter).

“But now he has a smile from ear to ear. He waited 20 years for his dream as head coach to come true – you can imagine his excitement now. The energy the entire team showed this fall was unbelievable.”

Arteaga said not a lot has changed in terms of Hurricanes philosophy.

“But it was a different atmosphere this fall, more energy,” Arteaga said. “There was more talking in practice, and everything moved at a quicker pace.”

It’s truly a new dawn and a new day at the University of Miami.

Here’s a look at the team, which will enter the season with question marks just about everywhere except shortstop and the rotation: