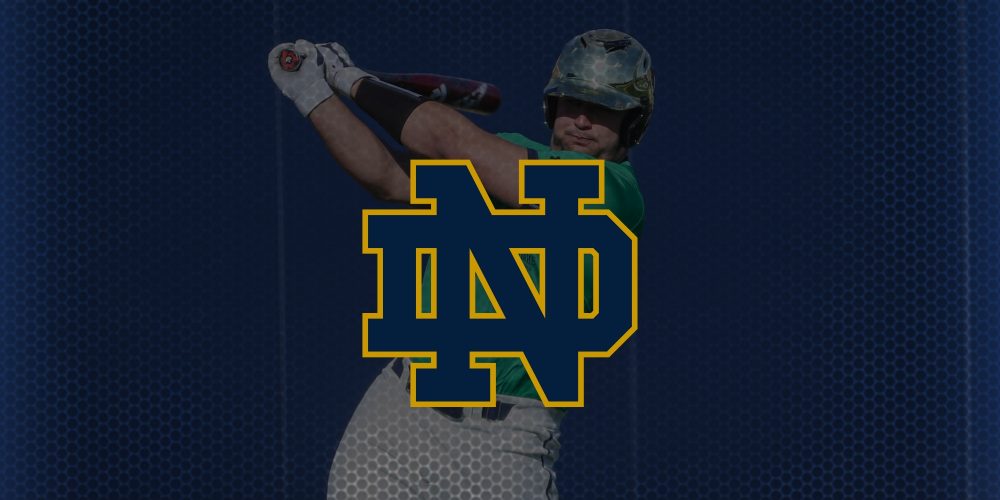 Hired by Notre Dame in July to abrogate the Irish’s recent woes since moving to the ACC and sustained struggles since Paul Mainieri left in 2006, Jarrett wanted to be on the field getting to know his players. He had watched video but needed to see his new charges in action.

“We tried to jump into team practice early because I need to be out there on the field with them every day,” Jarrett said. “You can access just about any [footage] you want from previous years. What they did today in the scrimmage is more important to me than what they did a year or two ago. Their bodies are different; they’ve had different experiences through summer ball.”

Jarrett, who comes over after four straight 30-win seasons at from UNC Greensboro, attempted to be around the Notre Dame players as much as possible during the fall. He had an open office door but was more commonly found at the field. He was always willing to throw batting practice or hit in the cages. He was examining their swings and learning the best methods to reach and teach each player.

“The more you’re around them, the easier it is to acclimate,” Jarrett said. “That’s why I jumped into team practice early and try to watch them do as much as I possibly can and just talk to them and hang out and run through the locker room every once a while and just sit in there and just chat with them a little bit and figure out what makes them tick.”

Jarrett challenged the Irish during the team’s fall practices. He attacked their offensive approach. He tested their situational knowledge and in-game awareness. He stopped one scrimmage to have the Irish attempt an appeal play following a sacrifice fly. Rather than assuming what his players would or would not know, he tried to catch them off guard with conditions that may arise in a game. Jarrett needed to see what the players could handle versus what would need to be addressed.

Check out our full Notre Dame report below!