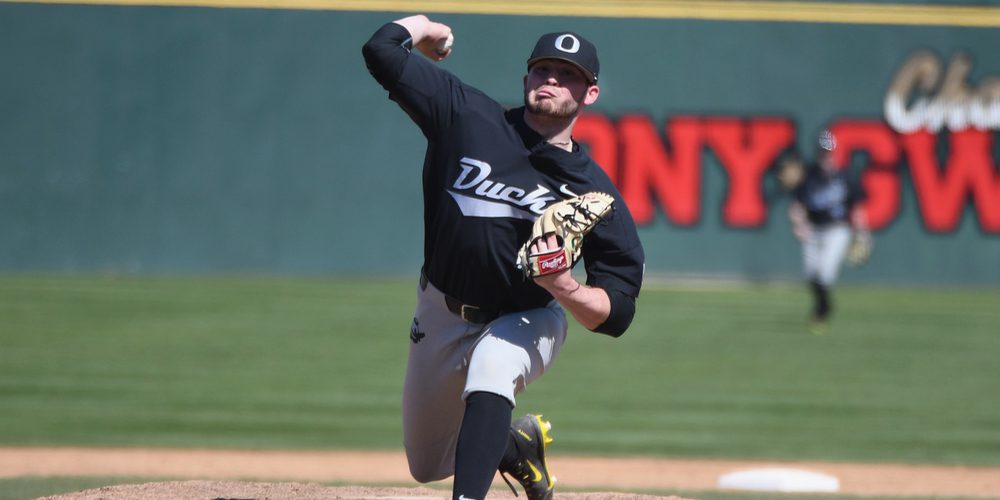 As Oregon’s season was winding down last May and it was apparent that the Ducks would not be playing in the NCAA tournament, George Horton was blunt about his expectations and ambitions for his program. During his tenure at head coach at Cal State Fullerton, Horton made six College World Series trips in 11 years and won the 2004 national championship — and when he left to restart Oregon’s program, he had visions of replicating that success in Eugene.

And certainly, Horton’s track record at Oregon is nothing to scoff at. After restarting the program from scratch for the 2009 season, Horton has led the Ducks to five regionals in nine years, and one super regional in 2012. But they have yet to get over the hump to Omaha, and Horton burns to clear that hurdle. He said last May that he hoped to extend his contract at Oregon because he had unfinished business in Eugene, and this summer he signed a deal through the 2020 season.

Now, Horton thinks he might have the talent on hand to make that long-awaited deep postseason run.

“We need to quit talking about it and get it done up here,” Horton said this week. “As you can imagine, it’s been a pretty frustrating nine years for me. We had it going on, we’ve had a lot of great things happen, we’ve won a lot of games. You take the nine years, add up our win total, it’s nothing to be ashamed of compared with the national people up there. But you’ve got to do it at the right time. We haven’t won a conference championship or been to the World Series yet, and those are things we’re used to doing. So rather than talk about it, we need to keep our mouths shut and do it.”

The Ducks struggled down the stretch last year en route to a 12-18 showing in the Pac-12 — perhaps some of their freshmen hit a wall. But Oregon invested in getting the youngsters as much playing time as possible in the spring, and Horton expects that investment to pay dividends in 2018. This crop of sophomores is really the key for Oregon — there’s serious talent in that class, and most of them have gotten bigger, stronger and wiser since the spring.