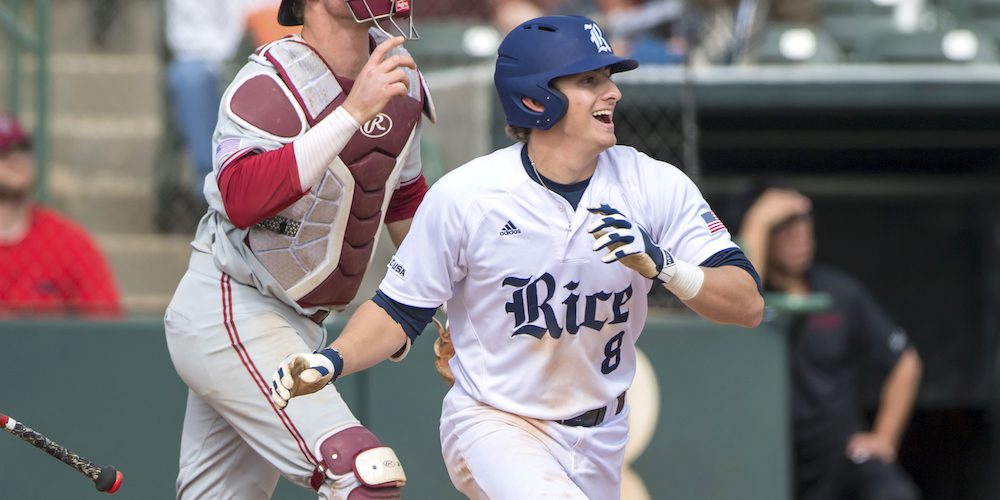 Rice hopes to reestablish its Conference USA dominance after deviating from the norm last season.

The Owls narrowly finished above .500 after a rough start to the regular season. However, with their backs against the wall, they won the C-USA tournament to keep their NCAA postseason streak alive and well. They were that close to missing the tournament altogether, though, and Graham hopes to never experience that again.

Looking ahead, the Owls clearly have some important holes to fill. Glenn Otto and Dane Myers are gone from the pitching staff, while offensively, the Owls will miss Tristan Gray, who stepped up in a big way last season, and Darryn Sheppard, who blossomed into a consistent contributor as a grad transfer in 2017, has moved on from the program.

That’s the bad news. The good news? The Owls have a lot of options both on the mound and at the plate. For instance, Matt Canterino more than showed he has the potential to be a premier arm last season, while the rise of Garrett Gayle and Roel Garcia could prove huge at the back-end of games with Otto now in the professional ranks.

The Owls also have something to work with from a positional standpoint with heralded shortstop and prospect Ford Proctor leading the charge, while Dominic DiCaprio looks like a veteran ready to make a statement in his draft year.

“We have high hopes. Honestly, I think we’ve got the most upside than we’ve had in a long time here,” Rice coach Wayne Graham said. “We’ve got some guys back, and I think our guys have a great frame of mind around here. Everyone that played here last year and are back seem better, and we’ve got some new players who are leaving strong impressions, too. We’ve also had some guys really surprise us with their velocities on the mound.”