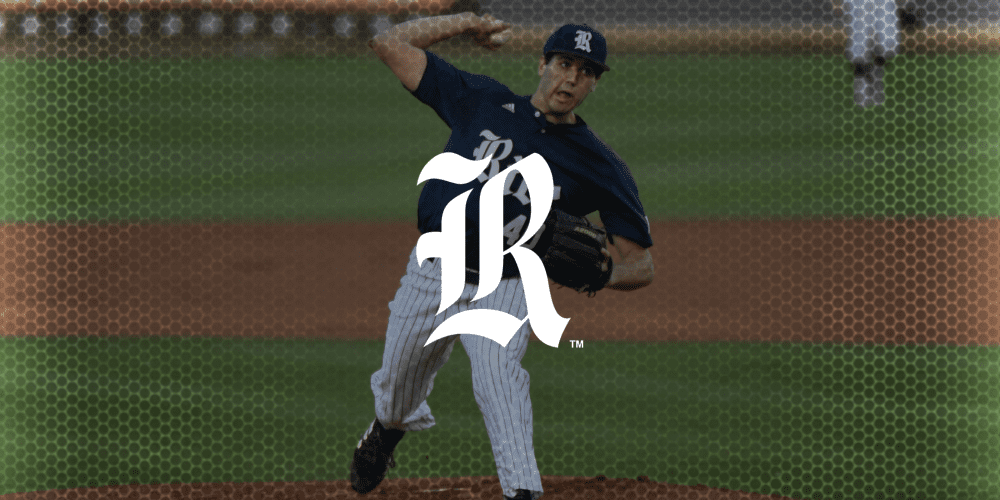 HOUSTON — Much has changed for Matt Bragga over the past year.

Bragga experienced success during his lengthy tenure at Tennessee Tech. But everything for him — personally and professionally — changed in June of this year. The Golden Eagles had a terrific regular season and entered the postseason as a potential wild card. Once there, the Eagles upset Ole Miss in shocking fashion on the way to a super regional appearance.

Tennessee Tech then headed to the Lone Star State for a battle with Texas. TTU won the series opener against the Longhorns, but had its Omaha dreams shattered with losses in the next two games. Bragga and the Golden Eagles were devastated, but their accomplishment was viewed as incredible by those around college baseball, especially athletic directors needing a new coach.

With his program’s showing in the Austin Super Regional, Bragga caught the attention of Rice athletic director Joe Karlgaard, who had the tough task of replacing legendary head coach Wayne Graham.

Karlgaard invited Bragga, about a week after his team’s run through Austin, to interview for the Rice job, and everything was history.

Everything is different for Bragga these days.

Before, Bragga was a little under the radar at Tennessee Tech, while living in Cookeville, Tenn., population 32,622. Now? The hard-nosed and energetic head coach has one of the most prestigious jobs in the game with vast resources, while living in a city of approximately 6.3 million.

Times are a little different, but Bragga wouldn’t have it any other way.

“You know, I think my kids are making the adjustment a little quicker than my wife and I are (living in a big city vs. Cookeville),” Bragga joked. “It’s certainly been a transition, but it’s been a lot of fun. We’re getting used to it — that’s for sure.”

On the fields, the Owls are getting used to yet another blue-collar style coach.

While Rice has some work to do at the plate with little offensive depth, the pitching staff is a different story under the direction of rising pitching coach Cory Barton, who arrived from Louisiana Tech.

Righthander Matt Canterino, who’s now throwing bullpens, hasn’t pitched much this fall, but showed big-time stuff throughout the summer and is ready to be an All-American front-line ace. Meanwhile, Addison Moss showed well last week against Texas A&M and the Owls could have a two-headed monster at the back-end of games with Garrett Gayle and Roel Garcia leading the way. Offensively, keep an eye on sophomore catcher Justin Collins, who brilliant against the Ags.

“I think there’s more than enough pitching here for this team to excel in 2019,” Bragga said. “I don’t know exactly what that means in terms of results at this point, but I think this team is good enough on the mound to do some big things.

“We just need to continue to get better defensively, and we certainly need to be better offensively,” he continued. “The cupboard is not bare, but we definitely have work to do. We also could have a championship-caliber club.”

Without further ado, let’s get the inside scoop on Rice’s fall workouts.

As the Owls ready for the 2019 campaign, they continue to put together all the important pieces, including the always-important weekend rotation.

The safe bets at the moments are righthanders Matt Canterino and Addison Moss, and for good reason.

Canterino, a 6-foot-3, 205-pounder, has had a successful career with the Owls, and took yet another step forward with a strong showing at the Cape Cod League this past summer. Though he’s had a rather quiet fall, he’s now throwing bullpens and catching Bragga’s attention. In addition to his powerful fastball in the low-to-mid 90s, Canterino has a staple spiked curveball that has suited him well. The talented righty now has an additional breaking ball that he’s been working on and will soon utilize in live action.