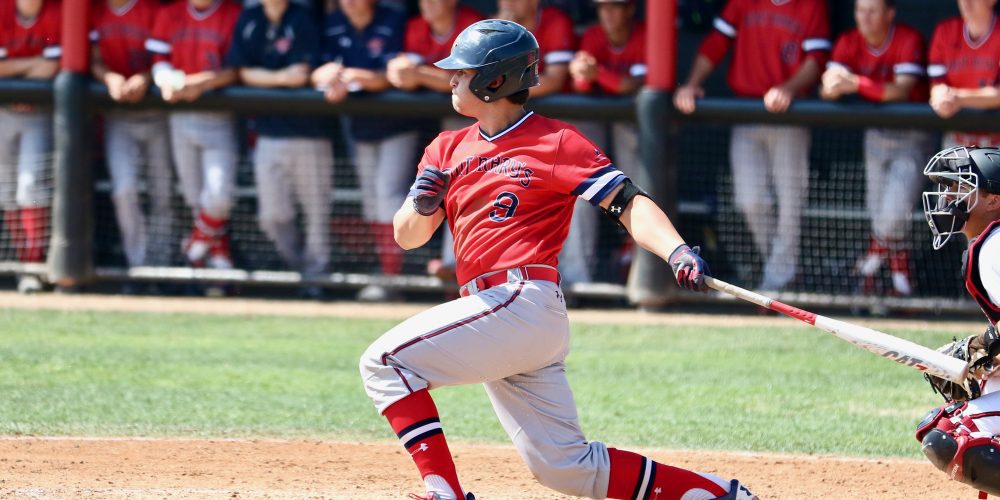 Kevin Milam is doing it at the plate and on the mound for the Gaels. (Shotgun Spratling)

Eric Valenzuela’s assignment looked daunting when he accepted the head coaching job at Saint Mary’s in 2013. His job was to jumpstart a program that hadn’t reached the 30-win mark since 1991 and had never been to a regional. The Gaels went 16-39 in his first season at the helm — and then the turnaround kicked into overdrive.

In Valenzuela’s second year, 2015, Saint Mary’s finished with a winning record for the first time since 2009. In Year Three, they tied a school record with 33 wins and made it to the NCAA tournament for the first time ever. And in Year Four they set a new record with 37 victories while going 18-9 in the West Coast Conference — but falling short of another regionals bid.

Now, Valenzuela heads into Year Five with his best team yet. His program has serious momentum.

“When I first got here, we had to get our guys confidence in learning how to win. Slowly but surely we’ve done that,” Valenzuela said. “Now I think we’re at a point where I think we can compete with anybody, especially with this group. Once you get it rolling, it flows into the recruiting aspect. Now we’re competing with anybody up here — Stanford, Cal — we have a legitimate shot of getting (recruits). We just provide something a little different, a different kind of environment, we’ve kind of got a little edge about us. It’s just a different deal, smaller school, good basketball which helps, and it’s just a beautiful campus. And a new stadium on the way.”

The Gaels are excited about the group of freshmen they brought to campus this fall, supplementing a very good, very experienced core of returnees. With eight everyday regulars back in the lineup and several talented veterans returning to anchor the pitching staff, Saint Mary’s has a real shot to be a Top 25-caliber club in 2018.