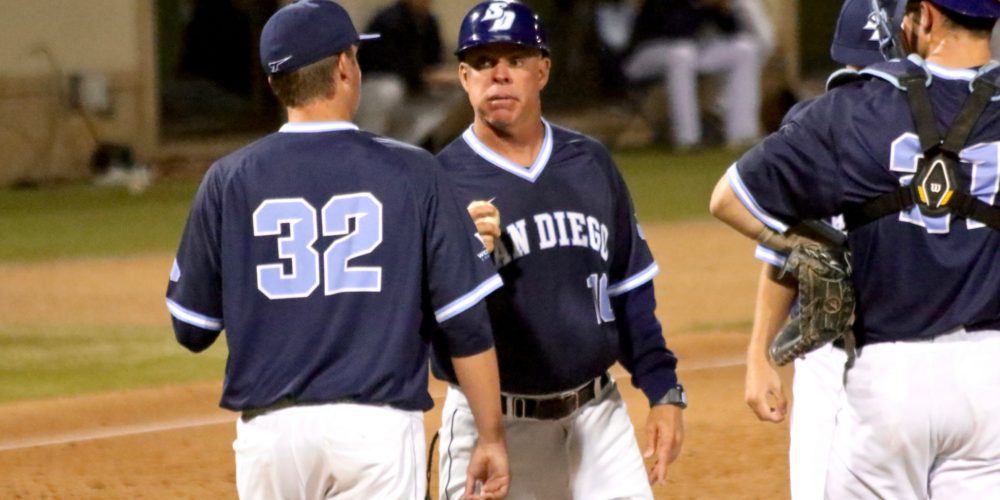 With a surfboard hanging over his desk, he breaks into a three-mile wide smile (the distance to the Pacific Ocean from his Fowler Park office) when he starts talking about the 2017 iteration of Torero baseball while using quotes and examples ranging from College Baseball Hall of Fame coach Cliff Gustafson to Bruce Lee and Eminem back to Bill Belichick.

Hill carries an air of excitement and anticipation with him, but after battling through only his second losing record in 18 years at San Diego last season, getting back on the diamond this fall has enthused him even more. With that came a new approach to the fall. Hill sees it as a step in the evolution of a coach.

Rather than focusing on the minutiae of bunt defenses and rundowns, San Diego’s head man turned his charges loose. Instead of trying to cover everything with a cursory overview, San Diego focused on a couple of key elements in each phase of the game and went hard after perfecting those areas.

“We’re just really trying to boil things down. As a staff we picked a few things we want to be rally good at and just repped it out like madmen.”

The first priority item for he and his staff was having the players ready for games.

“We scrimmaged more this fall than I ever have. Five weeks,” Hill said.

Rather than teaching in very pinned down drills, the coaching staff did a lot of what Hill termed “coach pitch scrimmage.” They gave up a practice day each week to go hard for four hours, five days per week rather than the typical six-practice-week fall schedule. The coached along the way.