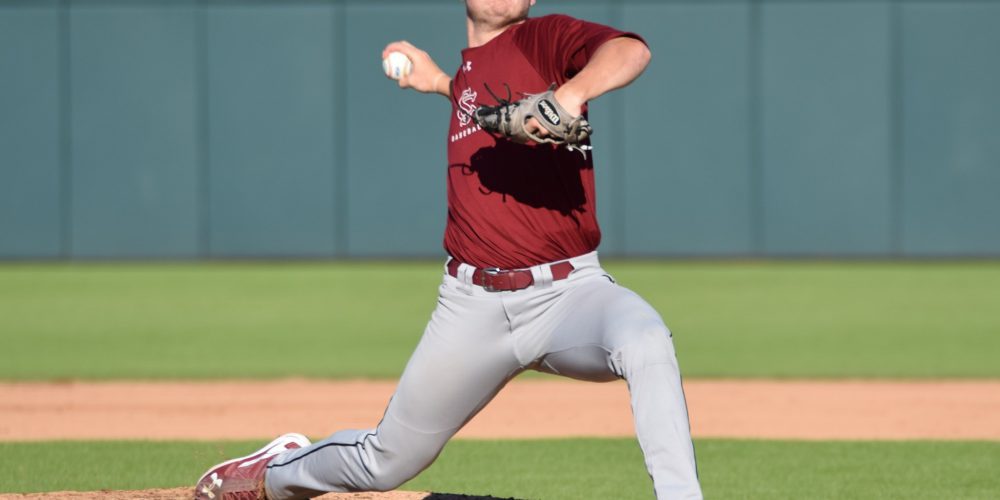 COLUMBIA, S.C. — From top to bottom, no team in college baseball should have a better pitching staff in 2017 than South Carolina. On paper, this staff has it all — frontline power-armed starters, experienced strike-throwers and flame-throwers in the bullpen, enviable depth to handle midweek games and a wide variety of different looks that allow the coaching staff to mix and match as the situation dictates. There are plenty of reasons for optimism about the 2017 Gamecocks after a very productive fall, but it starts on the mound.

“Our pitchers are throwing well,” South Carolina coach Chad Holbrook said during last weekend’s fall world series. “We have some depth, and we have some different ways to go about it. We have some arm angle guys, we’ve got some veteran guys, we’re older. It’s gonna be tough for the freshmen to break in even though I’ve got a few talented freshmen who could make a difference.”

That’s a nice luxury — to have talented young arms that you don’t have to rely too heavily upon, so you can bring them along slowly. Four of South Carolina’s top arms — weekend starters Wil Crowe, Clarke Schmidt and Adam Hill plus co-closer Tyler Johnson — are standout prospects who could be drafted in the first or second round this year or next (in the case of the sophomore Hill). But they’re not just big-armed prospects; all of them have track records of success and good feel for pitching.