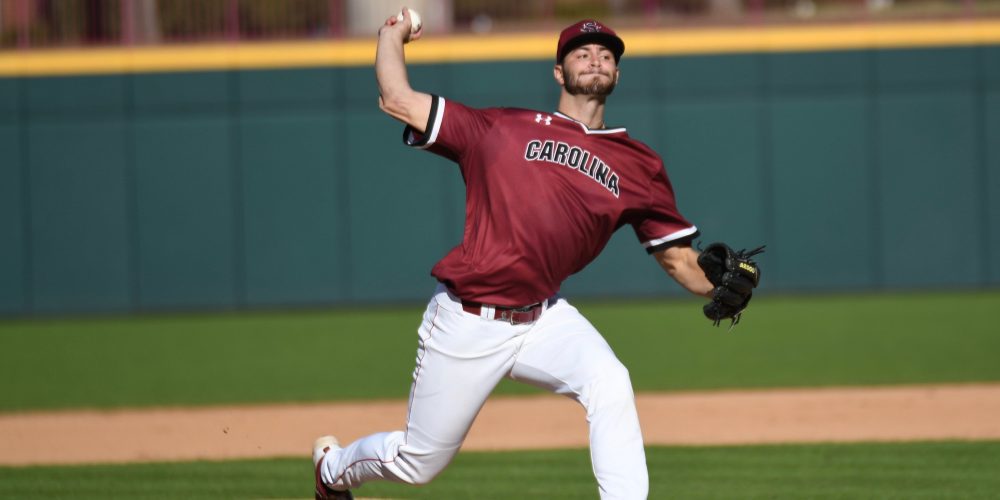 COLUMBIA, S.C. — Back in 2005, Mark Kingston was one of those hot names in the coaching carousel — an up-and-coming assistant coach who was widely regarded as a “can’t-miss” future head coaching star. He had served as an assistant at Miami and then as recruiting coordinator at Tulane, where he helped build a No. 1 national seed that went to Omaha in 2005.

But Kingston didn’t hang around waiting for the big-time power-conference head job. He didn’t jump right from the assistant’s chair to the SEC or ACC pressure cooker, like his peers Kevin O’Sullivan, Brian O’Connor and Tim Corbin. Instead, he took over as the head coach at Illinois State, where he built the Redbirds into one of the top programs in the Missouri Valley Conference, winning 30-plus games in each of his five seasons and taking the program to just its third-ever regional in 2010. Then he moved on to South Florida, a program with more resources, better weather and a stronger recruiting base, but still a mid-major, and one that had been struggling. He turned around the Bulls instantly, guiding them to their first regional in 12 years in 2015, then going back two years later.

Finally, this summer, Kingston landed that long-awaited premier job, taking over as head coach at South Carolina. His career path was a long, gradual road to one of the biggest jobs in college baseball. “I didn’t do it in the microwave, that’s for sure,” he said with a chuckle. “I slow cooked it.”

But Kingston’s career has equipped him to handle all the pressure that goes along with his new post. He’s proven he can win everywhere he goes, and his experience at major programs in the past will be as vital as his head coaching experience in the mid-major ranks.

“You have to embrace it,” Kingston said. “I feel very prepared for this, having worked with Rick Jones and Jim Morris, two of the best in our business. Now I’m working for Ray Tanner, so in terms of the trifecta, that’s about as good as anybody could ever hope to be a part of. So I feel very prepared for this, I also understand there will be challenges along the way. But we’re going to embrace expectations, we’re going to work our butts off to make this the best program it can possibly be. Because we all know the history of this program, it can be one of the best in the country.”

Most South Carolina fans probably don’t expect Kingston to win the national title in his first year, not after the Gamecocks missed regionals in two of the past three seasons. But they do expect this program to be in the postseason annually, and to make frequent deep runs. Kingston seems confident that his first team at South Carolina has all the ingredients of an NCAA tournament team, with a chance to make some real noise.