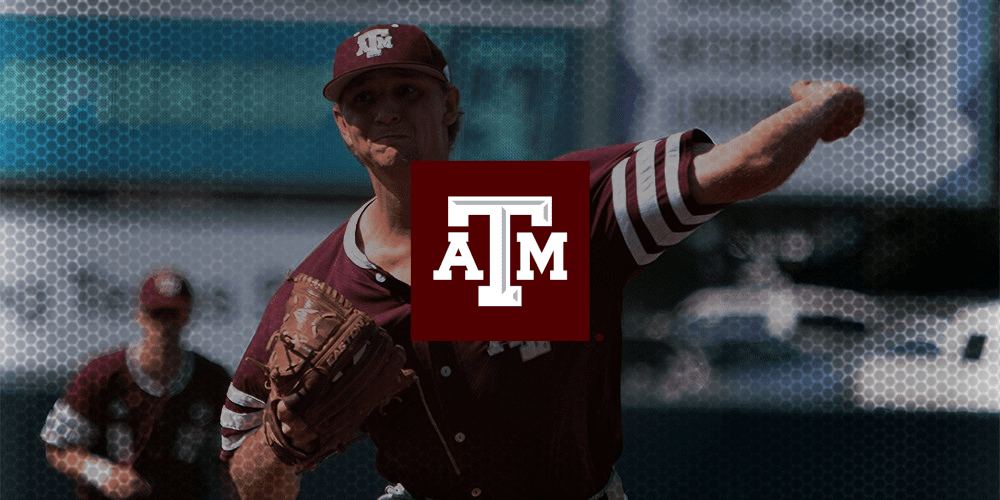 The Aggies have had some tense moments down the stretch the last two seasons. In 2017, the Aggies were one of the last teams in the NCAA tournament and managed to reach the College World Series with a super regional series win over Davidson. Then, last season, the Aggies headed to the SEC tournament needing some wins to punch their ticket to the tournament. A&M accomplished that goal in a big way by getting to Saturday in Hoover.

The Aggies were dispatched from the postseason by Indiana in the Austin Regional, leaving a void for this program as the offseason commenced.

Not only does A&M want to leave no doubt in terms of getting into the tournament in ’19, they also want to break through a regional and super regional to make another trip to the CWS.

While the Aggies have one spot to fill in the weekend rotation, they feel great, and rightfully so, about lefthanded pitchers John Doxakis and Asa Lacy. Doxakis is one of the premier lefties in the junior class, while Lacy has some serious buzz after a strong summer at the Alaska League.

A&M also welcomes back plenty of key cogs from an offensive standpoint, including standout shortstop Braden Shewmake, while several newcomer shave made strong impressions this fall.

“We’ve also had some very, very consistent days on the mound,” he continued. “We have some newcomer who are bringing some good value to our staff, too. For us on the pitching side of things, it’s all about putting the pieces in the right places.

What’s the inside scoop on the Aggies this fall? We’ve got the full breakdown.

The lifeblood of any baseball team is the effectiveness of the weekend rotation. The good news for the Aggies is they welcome back one of the best in the business in projected second-rounder and lefthander John Doxakis, while sophomore lefty Asa Lacy continues to surge after the summer he had at the Alaska League.

Doxakis was good as a freshman, and even better last season. But his stock took a turn for the better late in the season when he flirted with a no-hitter against Auburn with Casey Mize toeing the rubber for the Tigers that night. Doxakis pitched with conviction, had a consistent velocity with his fastball, and showcased a plus slider, along with a quality changeup.

Doxakis has been climbing the ranks since that point, and continues to impress this fall. The 6-foot-4, 216-pounder, looks impressive from a physical standpoint, and he showed good stuff against Rice. In that contest, he sat 90-92 with his fastball.