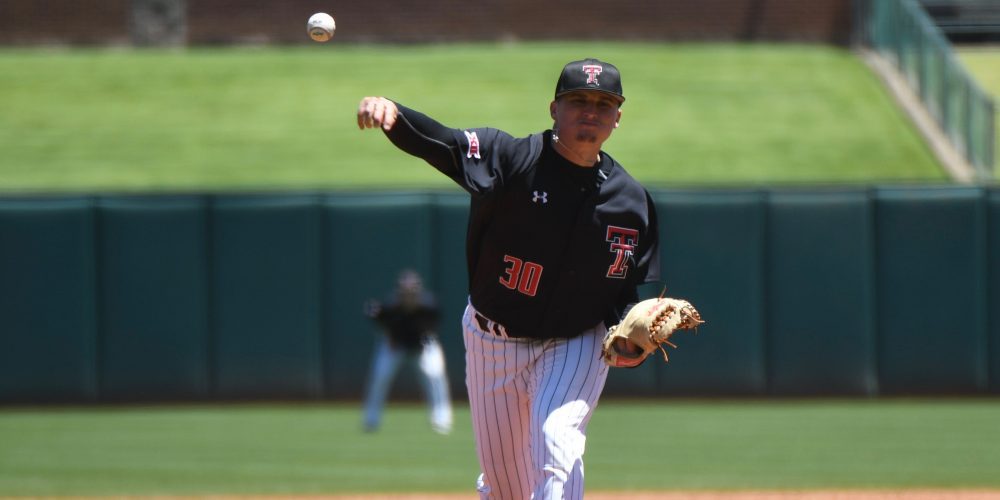 Texas Tech head coach Tim Tadlock typically isn’t one to show his hand, but he can’t contain his excitement about his upcoming 2018 club. The Red Raiders have a chance to be special and he knows it.

The Red Raiders put together a memorable campaign this past season. They won the Big 12 regular season title and earned another national seed in the Tadlock era. However, they fell just short in the regional round to sizzling Sam Houston State.

Sure, the season ended in disappointment for Tech, but it also gave the Raiders a source of motivation for the upcoming season, knowing full well that the pieces are in place to not only compete for another run at the College World Series, but also the program’s first national title.

“We were making pretty good progress when we finished up in November. We felt like we were playing well and the guys were still working pretty hard,” Tadlock said. “I don’t think we have all the answers just yet, but I definitely think things are falling into place for this team.

“I don’t know what the expectations are going to be for this team just yet, but I know it’s going to be a lot of fun,” he continued. “This a group that likes to play and that tends to breed good results. A lot of times in the fall, you feel like your team is ready for it to end, but I thought this club showed a lot of intent this fall, and that was great to see.”

There are many reasons why Tech fans should be excited about this team. Though he didn’t pitch this fall after a heavy workload in the spring and summer, lefthander Steven Gingery is back in the mix for the starting rotation. There’s also righthander Davis Martin, who is healthy and looked brilliant in the fall. There also are several options for the No. 3 spot in the weekend rotation, including hard-throwing righty John McMillon, whose potential landing spot in the rotation has sparked some serious intrigue, Ryan Shetter and a rising sophomore in righty Jake McDonald.

Tech also has some serious competition in the field. For instance, there are a trio of catchers competing for the starting spot, including the returning duo of Clay Koelzer and Michael Berglund, while the shortstop and second base positions have some intriguing options as well.

With Omaha as the expectation for the upcoming season, what stood out during Texas Tech’s fall workouts?

It’s time to take an in-depth look at the Red Raiders.