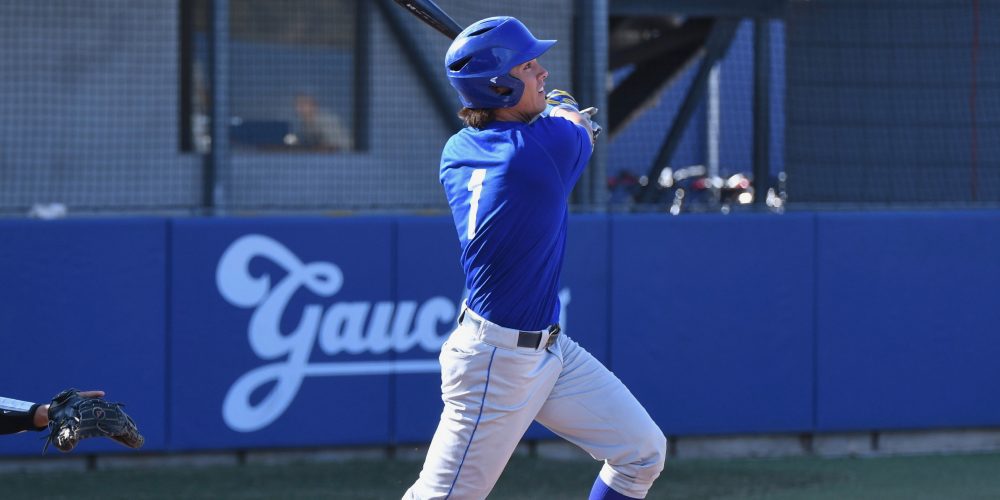 SANTA BARBARA, Calif. — Two years ago, UC Santa Barbara’s dramatic run to its first-ever College World Series was one of the biggest stories in college baseball. The Gauchos took down juggernaut Louisville on a super regional-winning, pinch-hit, walk-off grand slam by little-used reserve Sam Cohen, then turned Omaha into #Chomaha, capturing the hearts of the locals and sending mighty Miami packing.

The college baseball world was eager to see what the Gauchos would do for an encore in 2017, and they entered the season with elevated expectations after making three regionals in the previous four years, and hosting one of them in 2015. But UCSB stumbled out of the gate against a tough nonconference schedule, losing three of its first four weekend series, and it never really recovered, finishing 24-32 overall, 8-16 in the Big West. Injuries certainly played a part in those struggles — shortstop Clay Fisher, one of the nation’s premier defenders, went down with Tommy John surgery, and his backup, Andrew Martinez, was lost to the same surgery. Those injuries helped result in a porous infield defense that posted a .967 fielding percentage, which did the beleaguered pitching staff (5.24 ERA) no favors.

So UCSB is determined to get better at run prevention in 2018. The Gauchos expect to have a potent offense again, even without slugger Austin Bush, who hit 20 of the team’s Big West-leading 50 home runs last year. The key will be whether or not the Gauchos can get back to pitching and defending at a high level, as they have done for most of the Andrew Checketts era.

“I feel like we’re going to be able to play defense, which is something we couldn’t do last year. We didn’t play defense at all in the infield, we really struggled, really struggled,” Checketts said. “You lose Fisher and then Martinez, that was kind of tough, and we didn’t have a lot of depth. We’ve got more depth this year between (Jason) Willow, (Marcos) Castanon, Fisher, Martinez and McClain O’Connor — we’ve got guys who can play defense, and I think there’s enough pieces to play team offense.”

Fisher is the biggest name on the roster, a smooth, polished defender with a strong, accurate arm when he’s healthy. He’s played for Team USA, and he has more offensive upside than his career numbers have shown, because he’s started to fill out his rangy 6-foot-1 frame. He was playing shortstop in the scrimmage I attended on Nov. 3, but he’s still not throwing. But he showed his typical smooth actions and good instincts, despite making one uncharacteristic error. Checketts said he has progressed well in his recovery and has looked good all fall, and he’s expected to be cleared for regular duty by opening day in February, at least for two or three games per week, if not every day immediately.