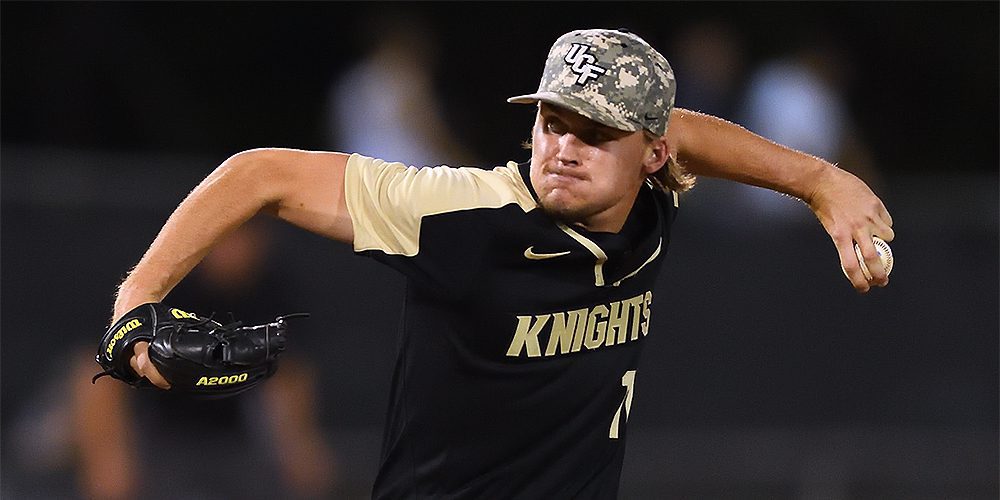 When many head coaches move to a new program, there’s often a transition period. After all, most programs making a change at the top have a reason for doing so.

But UCF’s situation was a little different. Former head coach Terry Rooney took a job at Alabama after the 2016 season (he’s now at Houston) after the Knights finished with a 26-33 overall record. While that was an ugly campaign for UCF, there’s no doubt there was talent in the program.

That’s one of many reasons why Greg Lovelady, then at Wright State, was intrigued by the UCF job. There’s limitless potential, and you saw a glimpse of that last season.

UCF didn’t reach all of its goals in Lovelady’s first season. After all, the ultimate goal in college baseball is to reach the College World Series. But boy, did they make a statement in his first campaign, finishing strong with a 40-22 overall record, 15-9 mark in the American, and most importantly, a trip to the NCAA postseason.

Fresh off that postseason appearance, Lovelady’s Knights look to take the next step up in the sport’s hierarchy.

“The fall went well. It almost felt a lot like last year with so many new guys. We were just getting them used to our expectations and how we do things around here – just getting them accustomed to life at UCF,” Lovelady said. “At Wright State, I felt like we’d bring in 8-10 new guys every year, and now, we’re bringing in 19 and half of our team is brand new. Things are new to me here as well.

“I thought the kids did a great job, as the new players bought in and stepped right in and did things right,” he continued. “I also thought the returning players did a good job of getting those new kids acclimated to our way of doing things. Top to bottom, there’s no doubt to me we are further along than we were at this time last year.

“I think we’re more talented than we were last year. We definitely have more depth, but we don’t have as much experience across the board,” he continued. “Last year’s team had all been through the everything, so to speak. We knew what to expect. We don’t have a lot of that with this team, but we did a good job of recruiting some bounce back kids in addition to others.”

There are several reasons to be excited about this UCF club. Lefthander Bryce Tucker headlines a powerful pitching staff that includes Joe Sheridan and the hard-throwing combo of JJ Montgomery and Jordan Spicer, while the offense has question marks and will need Rylan Thomas and others to step up.

What’s the scoop on UCF after fall workouts? Find out.