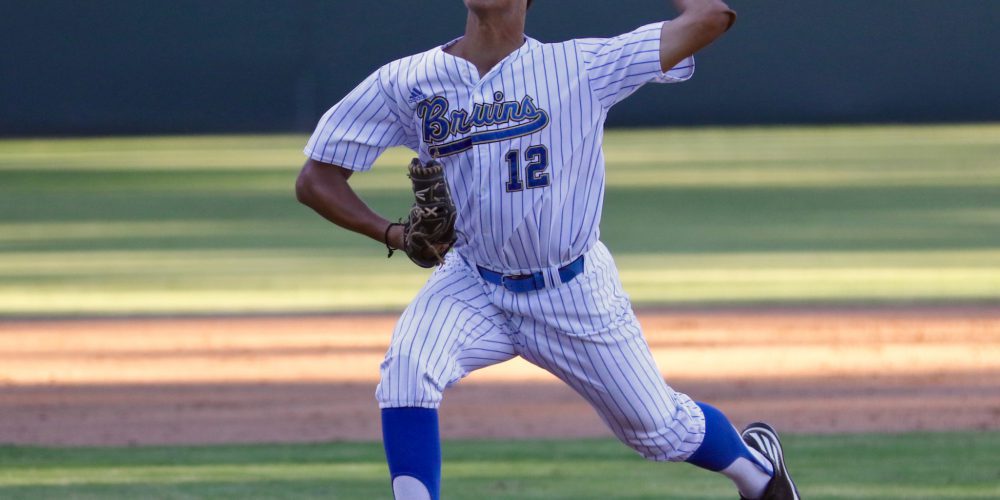 Justin Hooper will be the x-factor for a Bruins team trying to shake a bad year. (Shotgun Spratling)

That’s how UCLA head coach John Savage describes last year’s 25-31 Bruins. Depth issues were spotlighted by key injuries. The lineup struggled to the second-worst batting average (.250) in the last 50 years of UCLA baseball. The pitching staff didn’t fare much better as the team ERA more than doubled from 2.17 to 4.70 — the Bruins’ worst since 2007.

Savage admits last year’s freshman class wasn’t ready to contribute right away. But UCLA never recovered from preseason losses of catcher Darrell Miller Jr. and shortstop Nick Valaika. Add a lack of production from a core group of veteran players and the freshman group was forced into roles they weren’t yet suited for. Freshmen were in the lineup for 87 starts and combined to hit .213 in 314 at-bats.

That experience should help this season as UCLA transitions into what Savage believes should be an offensive resurgence.

“From an offensive perspective, the next three or four years are going to be pretty exciting,” he said.