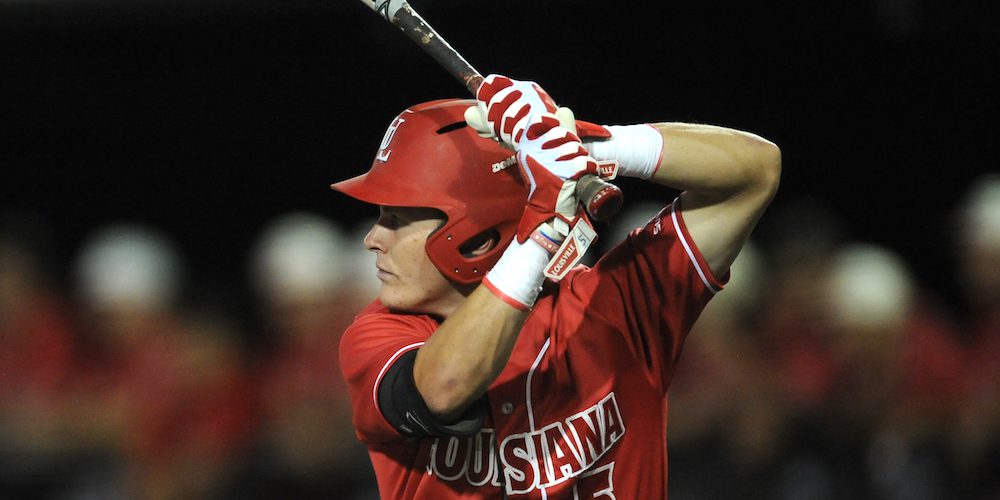 Hayden Cantrelle had a strong fall for the Cajuns. (UL photo)

LAFAYETTE, La. — There was a little different look and feeling around the UL Lafayette program this fall.

Off the field, the Ragin’ Cajuns coaches have had the ability to show off a sparkling new ballpark to recruits and fans alike. The facility, which is one of the nation’s best, is already paying dividends on the recruiting trail and is yet another sign that the Cajuns aren’t your typical, supposed “mid-major”. They’re much more and they’re committed to winning at a high level.

While everything about the ballpark is glowing, on the field, the Cajuns hope some younger players can grow up as soon as possible.

The Cajuns entered the 2017 campaign with high hopes. They were ranked No. 13 in our Preseason Top 25 Rankings, and Omaha clearly was the expectation. However, they struggled offensively throughout the season, and despite having premium arms throughout the pitching staff, failed to reach the NCAA postseason with 35 wins and 19 victories in the Sun Belt.

The Cajuns still have plenty of key pieces from last year’s club, but there are definite holes. For instance, lefthander and ace Gunner Leger had offseason surgery and may or may not pitch in 2018. Right now, coach Tony Robichaux and this staff are actually considering redshirting him. However, on the positive side, lefty Hogan Harris had a huge summer at the Cape Cod League and could be the most highly touted pitching prospect in program history, while righthander Nick Lee is healthy again and showed premium stuff during fall workouts.

Offensively, the Cajuns have the tough chore of replacing veteran mainstays such as Brenn Conrad, Joe Robbins and Alex Pinero. There’s enough talent in place to replace those guys, but again, it’s young talent. You don’t know what to expect at this point.

“I think we’re going to be really young in some areas, particularly form a position player standpoint. Those guys are going to have to get a little weathered early, and the starting pitching is going to have to be good to take some pressure off those guys,” Robichaux said. “We’ll have a challenging schedule for sure. I was telling Babs [assistant Anthony Babineaux] that our SOS is going to be good, but that our RPI could turn into RIP.

“We’ll just need to get weathered. We’ll need to get some cuts and bruises early on and see how we handle things,” he continued. “Being young, we’re going to have to stay focused and make sure we stay with the process and not get too emotionally drained with the results of every game. The biggest challenge some of us mid-majors have is that when you spike as a program, you have to be able to sustain a run. That’s a challenge, but we need to be able to sustain that.”

Without further ado, let’s take an in-depth look at the Cajuns fall workouts.