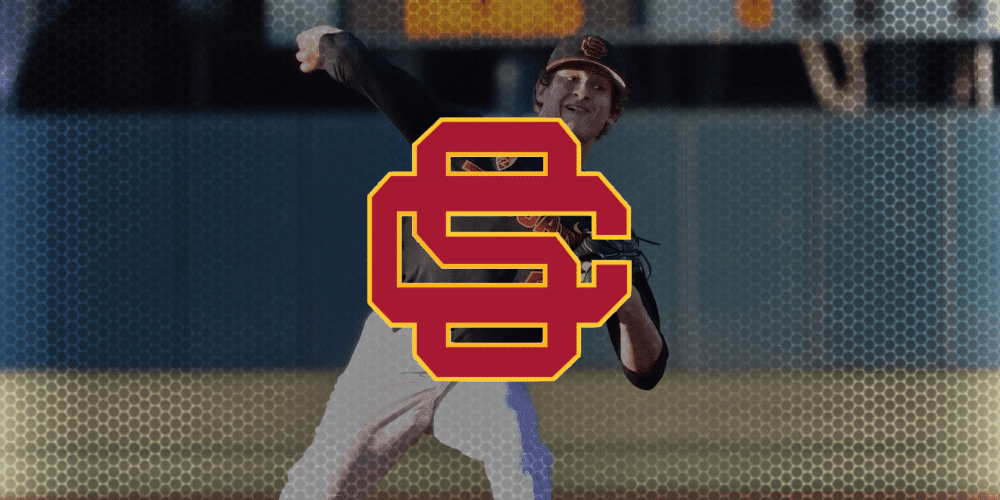 LOS ANGELES — Each year, USC head coach Dan Hubbs tells his draft-eligible players to focus on their performance and focus on getting better rather than worrying about what will happen when the draft comes around.

“It’s more about put up a good year, have a good year and everything you want to happen in the draft will happen because all those ratings are based on your projection and your talent and not even about your performance, so if you perform imagine what it going to happen.”

It’s guidance Hubbs is followng himself with his contract expiring after the season.

“My focus right now is just to win as many games as possible and get to the regionals. There’s stuff I can’t control just like I tell the kids. I’ve got to listen to my own advice and just focus on us getting better and if it goes the way I think it’s going to go, then I don’t have anything to worry about.“

Hubbs is bullish on his group’s talent. He is focused on preparing the players and getting them better day by day, knowing the Trojans are capable of a big season.

Players like Quentin Longrie and Brandon Perez that could have signed with an MLB organization told teams they were coming back to USC. The Trojans also only lost one player from their well-regarded recruiting class that features potential immediate contributors Preston Hartsell, Chandler Champlain, Ethan Reed and Emilio Rosas.

They have a deep pitching staff, a Stubbs behind the plate, a talented outfield and a diverse lineup that can beat you in multiple ways. In many ways, this year’s USC team is reminiscent of Hubbs’ most successful.

“They remind me of 2015,” he said. “It was just a lot of guys that did a lot of nice things that year. This team has a lot of confidence like that.”

Hubbs is hoping this year’s Trojans have a similar progression from a somewhat unknown to a team capable of going tooth and nail with the eventual national champions as USC did against Virginia in the 2015 Lake Elsinore Regional.

The Trojans are searching for consistency to make that jump. They are a team that has shown flashes. They won games against both national champion Oregon State and runner up Arkansas last year. They were three outs from winning a series against the Razorbacks at the rowdy Baum Stadium but couldn’t close it out. USC also blew a shot at a series win over Washington, another College World Series participant, giving up five runs late in the Sunday rubber match.

USC finished 26-28. Hubbs felt the team was capable and should have won at least a handful more games.

“There’s a bunch of those games that are sprinkled within the season that there’s just little things. When we talk about the discipline, the attention to detail. The sum of those things. The leadership within the team. I think those are some things that help push this team over the edge.”

Attention to detail was one of the team’s pillars this fall. The Trojans focused on the minutia. As soon as the players returned to campus, Hubbs put extra emphasis on the seemingly small things — making sure the locker room stays clean, picking up equipment, doing assigned post-practice jobs.

“All of that’s a choice. Whether it’s putting your chair in your locker at the end of the day and not making someone else do it. If you make the choice to do it because that’s what we decide as a group that we want to do than ok. If you make the choice that nah, I’m not going to do that, then you’re making a choice not to be a good teammate and all the things that we’re talking about that we don’t want to be.”

Hubbs felt a difference in the team mentality during the fall, but the effect won’t truly be known until the Trojans take the field against Nebraska-Omaha to open the season or perhaps better yet, the second weekend when they host Arkansas for a three-game set. It’ll take some elite players, teammates and performances to make a statement against the Razorbacks.