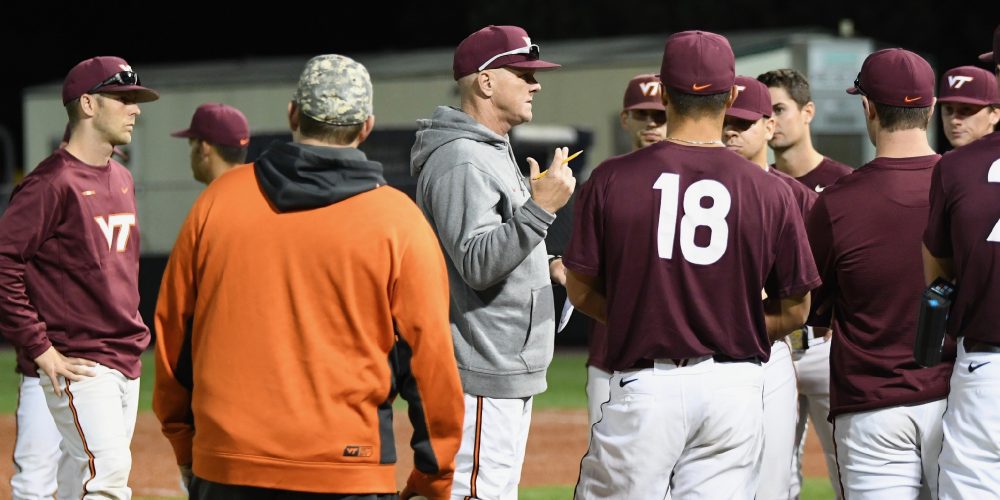 BLACKSBURG, Va. — During his five-year tenure at Maryland, John Szefc turned an afterthought program into a consistent winner. His Terps posted five straight winning seasons, snapping a 43-year regionals drought in 2014, when they made the first of back-to-back trips to super regionals. Szefc guided Maryland to the NCAA tournament in three of the last four years — and then he left to undertake a new rebuilding project.

Maybe it seemed like a bold career move, leaving a winning program to take over a Virginia Tech program that has finished in the ACC basement in three of the last four years and hasn’t posted a winning season since its banner 2013 campaign, when it won 40 games and hosted a regional. But for Szefc, it was the perfect opportunity at the right time.

For starters, Szefc has tasted success in the ACC before Maryland moved to the Big Ten, and he was excited for the chance to return to the powerhouse conference. And under the leadership of director of athletics Whit Babcock — a former college baseball player — Virginia Tech has made it clear that it is serious about making a major commitment to college baseball. For evidence, just look at its $18 million ballpark project. As the Hokies practiced Wednesday evening, they were surrounded by very tangible signs of progress — a construction fence ran behind the playing surface from dugout to dugout, and behind it a beautiful new ballpark is quickly taking form. Down the left-field line, a new locker room and team facilities are being built inside an existing structure, the Weaver Baseball Center.

The whole project will be completed by the time the season starts, and it’ll be a game-changer for Virginia Tech. The terraced berm down the third-base side already gives this setting character, and a beer garden down the first-base side is sure to be another big draw, along with luxury suites and an all-chairback seating bowl, not to mention a high-end new press box and video board. To keep up with the powers in the ACC, you simply have to compete in the facilities arms race. This project will allow Szefc and his energetic young coaching staff to lure more marquee talent to Blacksburg.