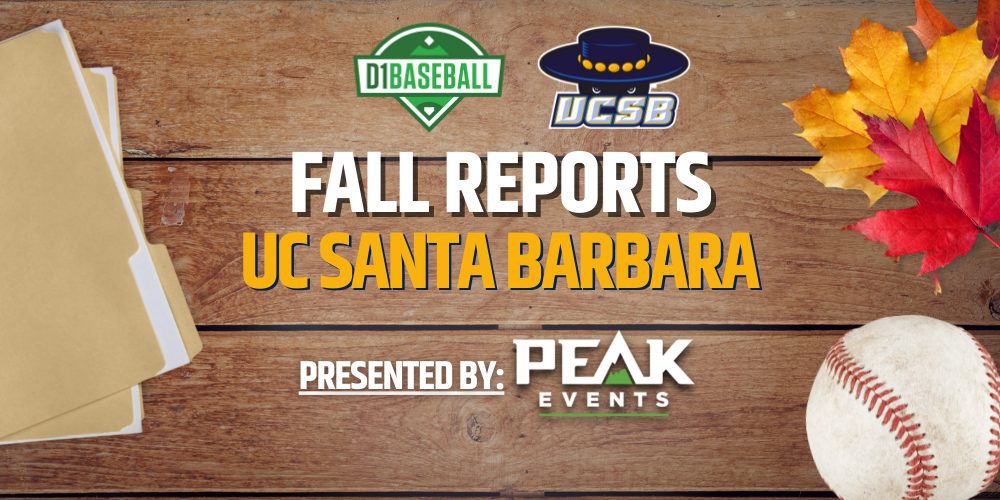 MALIBU, Calif. — Two years ago Andrew Checketts was lamenting his lack of experience returning to his 2020 UC Santa Barbara squad. He had three starters back in the field and just two pitchers of note from his ’19 squad. But in that COVID-shortened season, his team turned out pretty darn good, going 13-2 including a win over No. 1-ranked UCLA and a series sweep at Oregon State. Oh the possibilities had that season been completed.

During last year’s Fall Report I wrote on the Gauchos, Checketts said, “It just goes to show that you never really know what kind[…]

Off The Top Of My Head: Weekend 12 Preview