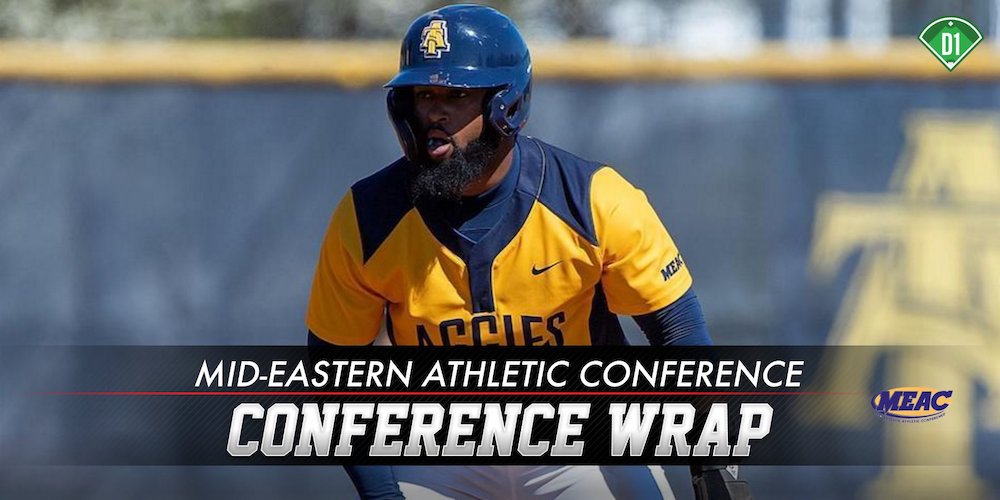 But informally, we can still take a look back at those first four weeks and highlight some players who stood out. Keep in mind that nonconference strength of schedules vary dramatically, and four weeks really isn’t a long enough period to even determine how strong a given schedule truly was. With those caveats out of the way, here are some superlative picks for the Mid-Eastern Athletic Conference, which played four weeks of nonconference action and had yet to reach conference play.

None of the eight MEAC teams finished with a winning record, but A&T came the closest, going 7-9 overall. The Aggies also posted the most impressive wins of any team in the conference, going 3-0 at their NCAT Tournament, highlighted by two wins over a talented Boston College club. NC A&T was the most balanced team in the league, ranking second in the conference in scoring, third in ERA, and first in fielding percentage (.978, which ranked 35th-best in the nation). A&T has been the class of the MEAC in recent years, going 47-25 in conference play over the last three seasons, and the Aggies looked primed to keep on cruising in 2020.