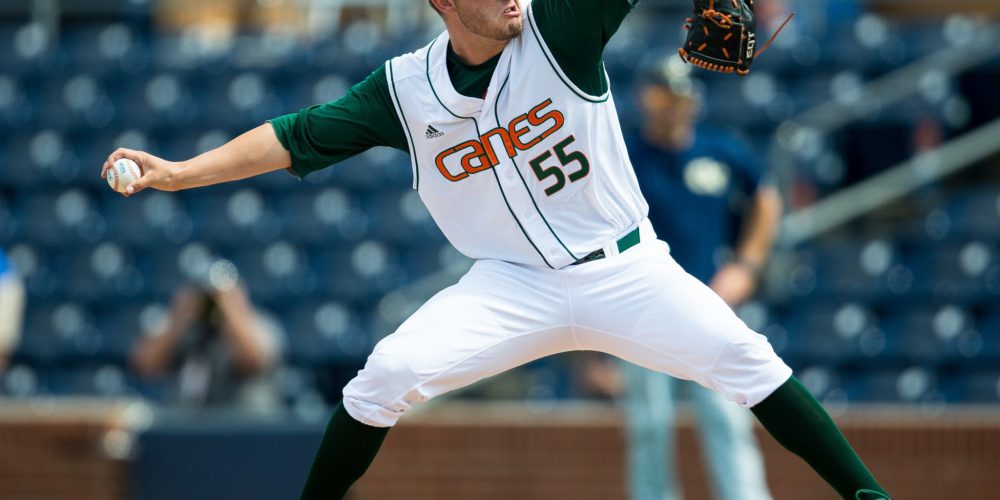 DURHAM, N.C. — Louisville is 47-10, ranked No. 1 in the RPI. Miami is 44-10, No. 3 in the RPI. Obviously both teams fared very well in ACC play, winning their respective divisions and going a combined 43-15 in the regular season. Weekends are the most important part of the college baseball season, and it’s easy to overlook midweek action, but to build such gaudy overall records and put together elite RPI rankings, you need to be very, very good in midweek action as well.

And the Cardinals and Hurricanes have been two of the best midweek teams in the nation, going a combined 26-1 in those games. A big reason for that success is that both teams have rock-solid No. 4 starters. It’s a rare luxury to hand the ball to one dependable starter who can take you deep into a game every Tuesday — many teams, even good teams, piece together their midweek pitching a few innings at a time.

Louisville sophomore righthander Kade McClure has been the best midweek starter in the nation this year, going 11-0, 2.50 in 72 innings during the regular season. And Miami sophomore righty Jesse Lepore isn’t far behind him, with an 8-0, 2.48 mark in 61.2 regular-season innings. Having midweek weapons like those two becomes a huge advantage in a conference tournament setting — Louisville and Miami didn’t even have to consider moving their aces up a day to start their tournament openers on Wednesday. They just rolled out their usual midweek guys, and both performed at their usual high levels against two very dangerous ACC offenses.