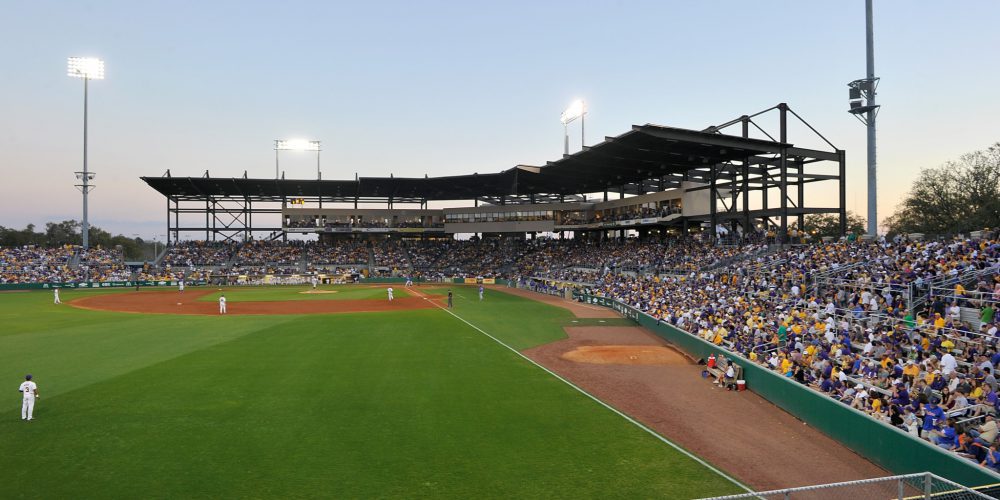 More than any other sport, baseball reveres its venues. The greatest baseball stadiums attain the status of hallowed cathedrals of American culture, but every stadium is different, right down to the dimensions of the field itself. That’s why it’s so much fun to debate which ballparks are best.

So we thought it would be fun to poll college baseball’s coaches and sports information directors, who collectively see more college ballparks than anybody, to get their takes on the sport’s best stadiums. We sent our survey to every full-time coach and sports information director, and 163 of them cast votes (110 coaches and 62 SIDs). We asked them to vote for their favorite ballparks overall, and to pick their favorite parks in a variety of categories — from Prettiest Setting to Best Traditions to Best Player Amenities to Best Ballpark Food. We’ll unveil the results over the coming days, but let’s kick off with a look at the top vote-getters in the premier category — Best Ballpark Overall.

This isn’t an exact science, of course — ranking ballparks is inherently subjective, and voters weighted various criteria differently. Some conferences cast more ballots than others, and some coaching staffs cast more votes than others (though voters were prohibited from voting for their own stadiums). Overall, the SEC cast the most votes (16), followed by the ACC and Big Ten (15), Big 12 (11), WCC (8), Pac-12 and A-Sun (7). We received at least one vote from every conference except the Northeast Conference. For the “Overall” category, voters listed their five favorite stadiums; first-place votes were worth five points, second-place votes were worth four points, and so on.

We also gave respondents the opportunity to add comments anonymously. We’ll include some of those comments in this package.

Without further ado, we present the Top 25 College Baseball Parks, according to the results of our survey. (We’ll make our own staff picks at the end of the week).