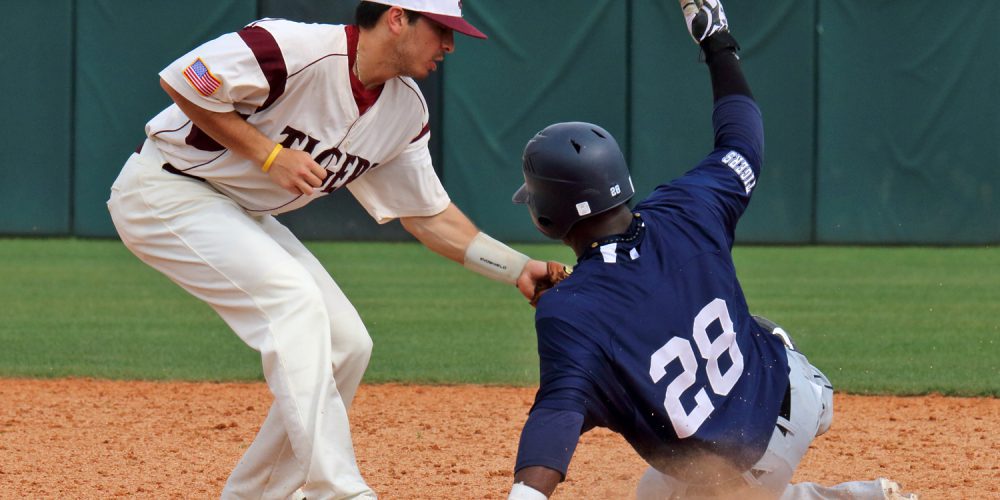 Houston’s one of those rare major cities with a crowded college baseball scene, with traditional powers Rice and Houston, plus defending Southland champion Houston Baptist playing within the municipal limits, while the expansive fan bases of Texas, Texas A&M and LSU heat up the baseball atmosphere in the world’s most air conditioned city.

But college baseball’s best baserunning team lies elsewhere. Nestled in Houston’s Third Ward, Texas Southern is an afterthought, a roughly .500 team in the SWAC that sits at No. 287 in the RPI, only occasionally rubbing up against the likes of Houston, Notre Dame and Dallas Baptist, and not particularly troubling any of them.

But in only 33 games, the Tigers have stolen 109 stolen bases and are averaging 3.33 per game (by far the most in Division I), and perhaps more impressively, they’ve done it in only 127 attempts, for an absurd 85.8 percent success rate. For context, the break-even point for basestealing is about 70 percent, and while the NCAA doesn’t keep team records for stolen base success rate, the MLB record for single-season team stolen base success is 87.9 percent.

The best basestealer on the Tigers is senior infielder Ryan Lazo, a 5-foot-9, 170-pound native of Alice, Texas.