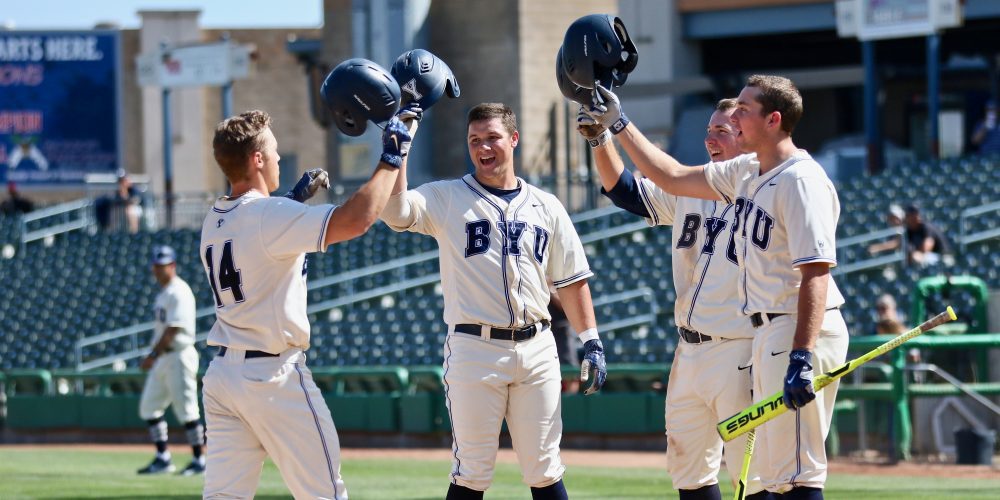 Larsen was named the WCC Tournament MVP after leading BYU to the conference championship and the Cougars’ first NCAA tournament bid since 2002. Their offensive march to the tournament title finished with a 16-3 onslaught over Gonzaga at Banner Island Ballpark after beating the Bulldogs 10-3 earlier Saturday to force a decisive final game. Larsen homered in both games and finished with a tournament record four home runs while[…]