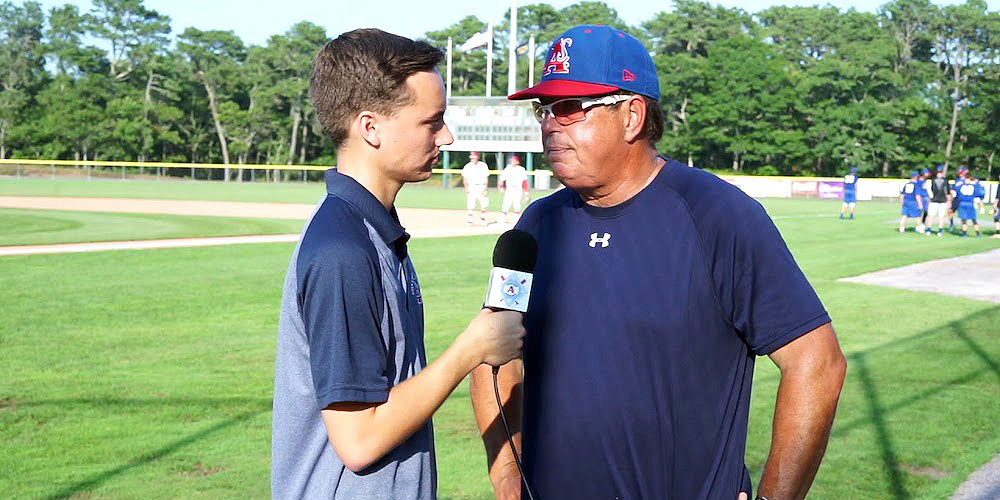 Tom Holliday was looking forward to spending his third summer as the manager of the Chatham Anglers of the Cape Cod League. Then, coronavirus concerns canceled the summer for college baseball’s most historic summer league.

Holliday and other Cape Cod coaches had hoped the league would delay a final decision for a couple of more weeks when the final decision was made. He had some wild ideas of his own. Could the Cape move its teams to Texas or Florida for the summer? Both states have assembled some regional leagues this summer. Obviously, looking at the current coronavirus numbers, that idea wouldn’t have made too much sense. However, Holliday and others proposed doing what many summer leagues — including the Texas Collegiate League — did in response to the pandemic, simply move the season back to July.

But in the end, the Cape decided to punt its summer schedule and Holliday’s schedule for July and August suddenly opened up.

Holliday, 67, loves baseball and didn’t want to spend the summer sitting in his house waiting for the pandemic to pass. So, when the general manager of the Tulsa Drillers came calling about a new summer league team they were putting together for the Texas Collegiate League, his decision was easy despite some concern from his son, Oklahoma State head coach Josh Holliday. His answer was yes. He’d get to coach close to home as an added bonus.

“I’ve done this 44 years and this is an entirely, unique situation, I can tell you that much,” Holliday said. “It’s a difficult challenge for sure. I don’t know how to put it into words, really. You admire the kids for making the sacrifice of secluding themselves all in the name of playing the game of baseball.

“This is just different,” he continued. “This COVID deal. It just makes things so different. All the news out there right now is that it’s spiking here and there, and we’re out here playing baseball. There’s no problem with that, but it’s just weird because you go out to talk to the umpire and you’re supposed to stay six feet away from them. It’s really hard to talk to an umpire about something from six feet away. If you don’t keep to the rules, my wife is going to turn and tell me not to come home. I don’t know how the kids are doing it, but I have a great deal of respect for them.”

Like many of the TCL rosters, the Tulsa roster that Holliday and his staff assembled is quite impressive. Holliday added assistants Randy Whistler (Cincinnati Reds organization) and former MLB standout Mickey Tettleton to his staff. The name notoriety is present from a coaching standpoint, and that permeates down to the players with several of college baseball’s rising stars on the roster.

With no Cape League season, Holliday reached out to several players that were slated to join him in Chatham. Some chose to play in other leagues or to stay home for the summer. But others followed Holliday to Tulsa. Florida’s Nathan Hickey actually drove from Jacksonville, Fla., to Tulsa, Okla., to spend the summer with Holliday and the Drillers. He wasn’t alone, as teammates and UF pitching standouts Hunter Barco and Brandon Sproat joined the Drillers roster, while others such as Oklahoma State’s Bryce Osmond and Kale Davis also are on the roster. North Carolina Central’s Austin Vernon, another premier arm, also is slated to pitch this summer.

The talent level with this Drillers club has impressed Holliday.