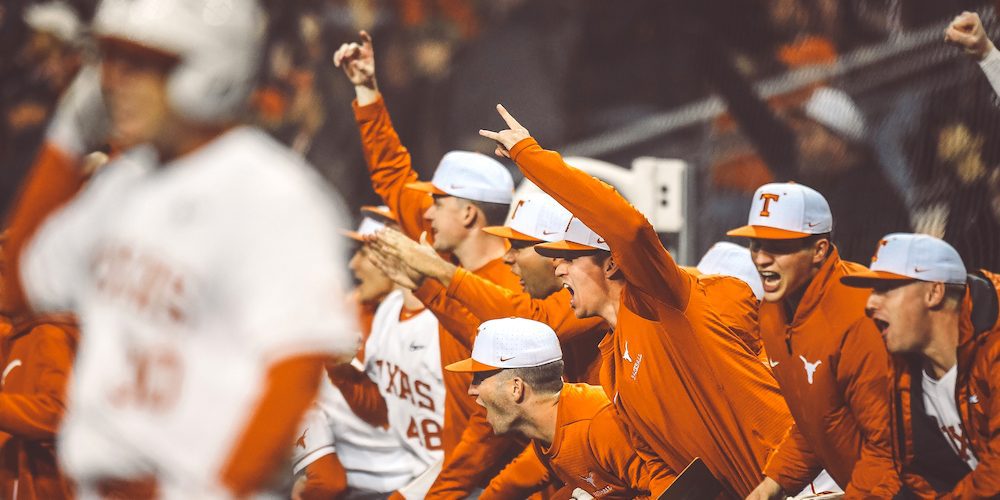 There’s a lot of information pertaining to college baseball out there today, and instead of breaking everything up into separate stories, we’re combining them into one.

First, the NCAA Division I Council, as expected, turned down a measure Wednesday to allow college athletes to transfer and be immediately eligible until at least January 2021. The Division I Council approved a resolution Wednesday that outlined its intention to adopt by January a comprehensive legislative package creating uniform, modernized rules governing eligibility after transfer for student-athletes in all sports. If approved as expected during the NCAA’s annual convention early next year, the legislation would go into effect immediately, meaning college baseball players could transfer freely next summer without sitting out.

“The transfer environment has long been an issue of much discussion in Division I. The Division I Council is committed to a uniform and equitable approach to transfer rules that considers a student-athlete well-being and the opportunities available after transfer,” said Council chair M. Grace Calhoun, athletics director at Pennsylvania. “We will not simply change the rule, but we will consider a comprehensive package designed to address the multiple complexities involved.”

The approved resolution recommending wholesale transfer legislation being put together called the waiver process “an unsustainable method to achieve lasting stability, consistency and transparency within the transfer environment” and declared it was “never designed to accommodate sustained requests for relief from a rule without actually changing the rule.” The comprehensive package will address issues that impact transfer, including academic requirements, roster management considerations, transfer notification dates, accountability measures for schools that accept transfer students and additional education on the transfer rules and process.

Just last week, we joined one premier mid-major program’s weekly Zoom call, and while some of the coaches were in favor of the one-time transfer waiver, they did have some concerns, such as tampering throughout the summer and making sure there’s a notification date attached to the waiver. For instance, one coach recommended players having to notify the school no more than a week after their season was completed. In theory, this would keep opposing coaches from plucking away players at various summer leagues — something that was rampant in the early 2000s.

The D1 Council, as we reported Tuesday, also didn’t address the roster management issue in college baseball. So, that is off the table until at least Wednesday, June 17, when the Council meets again. As a refresher, the ABCA recommended to the Council increasing the number of players on countable aid from 27 to 32, while also lifting the roster cap for the 2021 season. The Southeastern Conference, with the support of some other leagues, is also petitioning the NCAA to give scholarship relief for the 2021 season only — extending the scholarship limit from 11.7 to 13.7.

The one-time transfer waiver, which has been a hot button topic in college baseball since the ‘Wild West’ days in the early 2000s, gained a lot of traction back in February when the Transfer Working Group admitted it was strongly considering the idea for football, basketball and baseball. The working group took things a step further in April when it not only said it agreed with passing the legislation, but that they recommended the D1 Council pass it during the May 20 meeting.

Thanks Football and Basketball…

The one-time transfer waiver seemed all but in the bag. That was until late April when the NCAA Board of Directors released a statement saying the NCAA’s one-time transfer waiver was not appropriate at the time of a pandemic and that it highly recommended not passing the one-time waiver in May, but instead postponing it until the January convention. Sources have since told D1Baseball that mounting pressure from football and basketball coaches contributed to the delay. In a sport like baseball, where some players are only getting 25% of a scholarship, it makes much more sense to freely move about the country at least once in a career. However, football and hoops coaches might have a legitimate gripe when those two sports are full scholarship. Again, it will almost surely pass in January, but don’t expect football and hoops coaches to go quietly into the night on this issue.

Will the NCAA have a flexible approach to transfers this summer?

The interesting part of today’s decision to delay until January is how the NCAA progresses from now throughout the summer.

There’s no doubt football and basketball were affected by the COVID-19 cancellations differently than baseball. Not only does baseball have all seniors coming back and a lot more juniors coming back for another year with just a five-round MLB draft in a few weeks, the sport also will have a serious influx of prep talents arriving on campus this fall. Some underclassmen will have the ability to head to the junior college ranks, some upperclassmen will head to NAIA schools. But for the others? Welcome to the great unknown. Some might have their scholarships reduced or cut altogether.

Though the Council won’t give guidance on how the NCAA should handle transfer waiver requests this summer, we do ponder how it will treat baseball student-athletes in the transfer portal. The number as of right now, since the season ended in. March includes almost 900 players. Will the NCAA acknowledge that college baseball is a different animal when it comes to the COVID fallout, or will it have a standard waiver response throughout all sports? History would indicate college baseball won’t be treated singularly, but players looking to move on this summer might get a refreshed point of view from the folks in Indianapolis. Should the NCAA power brokers look beyond the surface of the issue, it’s not hard to come to the realization that they should be flexible with transfer requests from baseball. There are many moving parts in baseball right now, and that should be acknowledged.

In other intriguing news, the Council announced that activities related to football and men’s and women’s basketball could continue June 1 on a voluntary basis. This makes sense considering football begins in a couple of months, while the basketball seasons aren’t far behind. But this decision also should pave the way for fall baseball to proceed without a hitch. I would look for more institutions to move up fall workouts, however. South Carolina and Texas both announced over the past week they were finishing the fall semester at Thanksgiving in preparation for a potential late-fall, early-winter COVID outbreak, and I would expect other schools to follow a similar path. UT finished its fall workouts in the middle of November last year.

That’s everything on the NCAA side of things.

• I tweeted about this earlier today, here. But Pacific has its final four in its search for a new head coach to replace Ryan Garko, who took a job with the Angels right before the 2020 season began. Those finalists include former interim head coach Chris Rodriguez, pitching coach Joey Centanni, and outside the family, Delta (Calif.) College head coach Reed Peters and heralded San Diego State assistant Joe Oliveira. Pacific expects to make a decision at some point next week. From talking to sources, this race is wide open at the moment.

• Oakland has a pair of frontrunners and one more coach to watch in its head coaching sweepstakes. The frontrunners, we’re told, include former Kentucky assistant and current Oklahoma State assistant Roland Fanning, and former Central Michigan top assistant Jeff Opalewski. Also keep an eye on Akron assistant Jordan Banfield as a sleeper in this deal. He was still considered to be an option for the Grizzlies as of Tuesday night. My sources believe Opalewski is the leader at the moment, but Fanning would not come as a surprise. He’s a mover and shaker who could flourish at a mid-major needing a recruiting boost.

• Over the past week, college baseball has gotten bad news with Furman and Bowling Green eliminating their programs. Though no details are available on any movement with the Paladins for now, there is movement in regard to the Falcons. This article linked by our Aaron Fitt earlier Wednesday said that not only are Bowling Green alumni fighting to save the program, they’ve already raised $200K in a matter of days. California and Massachusetts are both programs that were saved by donors stepping up over the last decade, while Akron brought its program back just a few years after eliminating it because of donors stepping up. Stay tuned on this one.

As @justinfeldkamp reports, there’s an effort underway to save Bowling Green’s baseball program, and roughly 30 baseball alumni came from around the state to show support. They raised $200K in one day. Very encouraging!https://t.co/jeOuxSKhWh