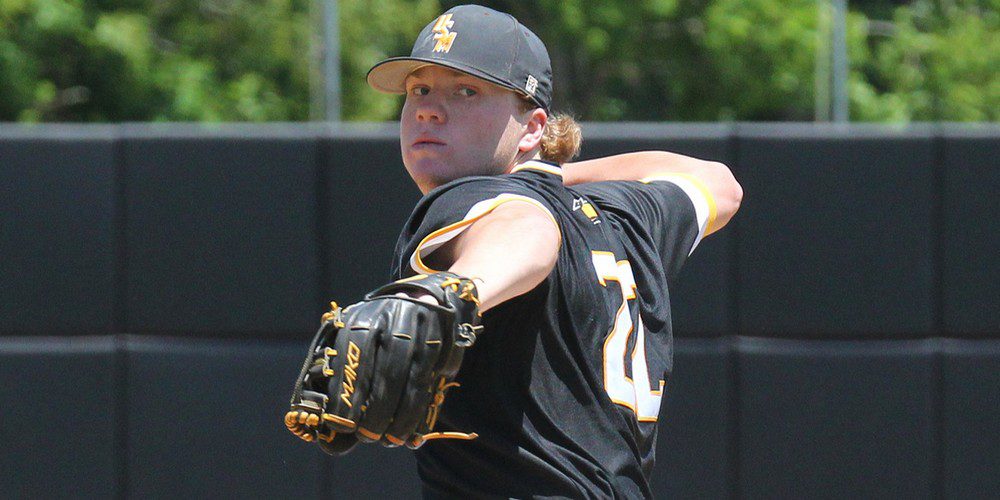 HATTIESBURG, Miss – Taylor Braley wanted the ball in the winners’ bracket showdown with South Alabama. The junior pitcher, who also plays third base for Southern Mississippi when he’s not pitching, is going all out whether he is batting, fielding or taking his turn in the rotation.

Sunday night at Pete Taylor Park, Braley went 2-3 with a home run, a double, a walk (his team-best 62nd this year) and scored three runs in Southern Miss’ 8-3 victory to advance to regional final. On the mound he survived a two-run home run from the game’s second batter to log five and 2/3 innings. He scattered eight hits and allowed three runs. He walked two and fanned four in the 77 pitch outing.

“He showed some real grit,” USM center fielder Matt Wallner said of Braley. “They hit him early and he doesn’t let anything faze him. I call him more of a competitor than a baseball player. He loves to win. That is his greatest attribute. Taylor exemplifies what it is to be a leader.”

Braley is a 5-foot-11 junior from Hattiesburg is more than just a gamer. He has the arm strength of a future professional.

“He was running the ball up there at 94 (mph),” said Southern Miss coach Scott Berry. “His ability to throw his breaking ball at any count is a plus but also his changeup makes that fastball even sneakier. Taylor has a strong arm and he only knows one speed. That is 100 percent. But what is neat is he can control it. A lot of guys get out of control and they lose focus. He stays within himself.”