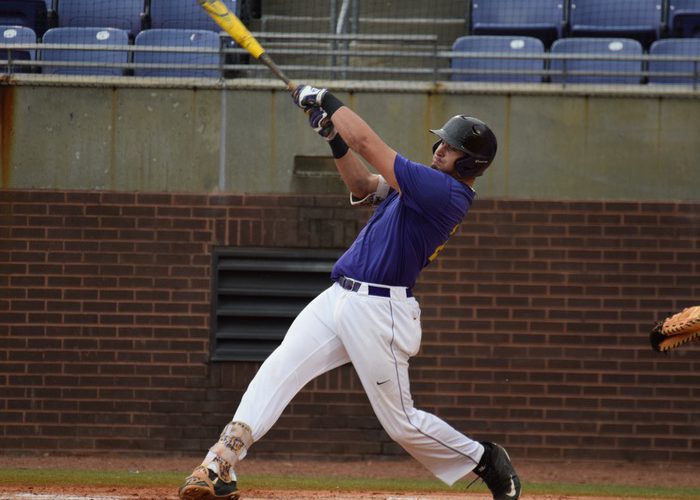 GREENVILLE, N.C. — On a dreary, rainy Sunday afternoon in November, while most of sports-loving America hunkered down at home watching NFL action on TV, some 500 souls showed up at Clark-LeClair Stadium to watch East Carolina’s fall world series finale. Almost anywhere else in college baseball, fall scrimmages are sparsely attended by a smattering of players’ relatives and girlfriends, but in Greenville, local ECU baseball diehards could be overheard breaking down roster battles, while students and families mixed in to form a bigger crowd than I’ve seen anywhere else this fall — including ACC and SEC venues.

“I’ve coached at Ole Miss, and we never had this many people at a fall baseball game at Ole Miss,” second-year ECU head coach Cliff Godwin said. “Our marketing people did a good job of marketing. We’ve led the state in attendance for 15 straight years, and we’re going to continue to do that. You don’t have to tell the Chapel Hill boys that, or the NC State people, but that’s just what Greenville’s about, man. When I played here, even when the stadium wasn’t here, we were packing 3,000 in here. So the people are fired up again.”