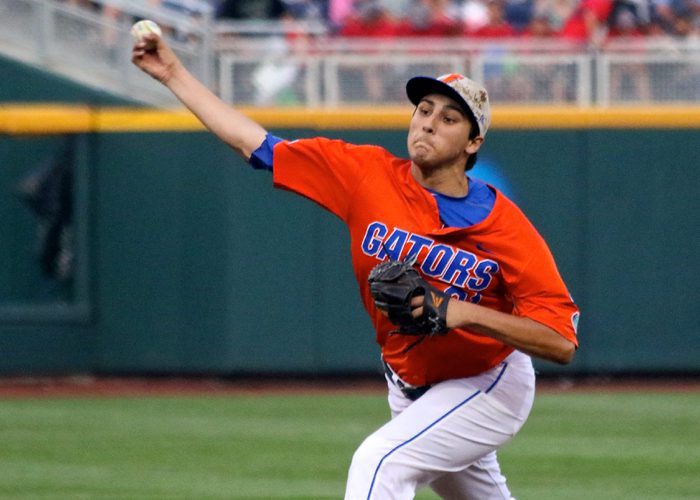 It was obvious well before the 2015 season ended that Florida was a lock to enter 2016 as the consensus preseason No. 1. The Gators are accustomed to high expectations — they entered last season ranked No. 2, and they played like the best team in the country in May and June before finishing tied for third at the College World Series.

The Gators didn’t return everybody from last year’s Omaha team — most crucially, they must replace stars Josh Tobias and Richie Martin on the left side of the infield and slugger Harrison Bader in the outfield. But by and large, the 2015 Gators were dominated by ultra-talented sophomores and freshmen who had already come into their own. Add to the mix the nation’s No. 2 recruiting class this fall, and a case can be made that this is coach Kevin O’Sullivan’s most talented team yet. And that’s saying something, given the parade of All-Americans and future big leaguers who have flowed through the Gainesville pipeline over the last eight years.

O’Sullivan knows his team will have a bull’s eye on its back in 2016, but that’s nothing new for a Florida program that earned a No. 1 preseason ranking in both 2011 and 2012. Both years, O’Sullivan led his Gators to Omaha, finishing as national runner-up in 2011. Those experiences should help the stellar coaching staff keep this star-studded group grounded.

“You always take inventory on what you can do better as a coach — you’re foolish if you don’t. As a staff, we’re in a better place now than maybe in years past as far as handling a team like this,” O’Sullivan said. “But I think we’re in a good place. The expectations — I think one of our players said it best in one of our meetings the other day, it was unprompted. This is his third year, and we’ve won an SEC regular season in 2014. We won a conference championship last year, and we’ve been to Omaha. The one thing this group has not done is win a national championship, so that’s the goal. At least the locker room is focusing on the right things. I don’t want them to feel like it’s a title or bust type thing, because that’s unrealistic at this point. We’re in a group of teams that going into it has a chance to be very good.”