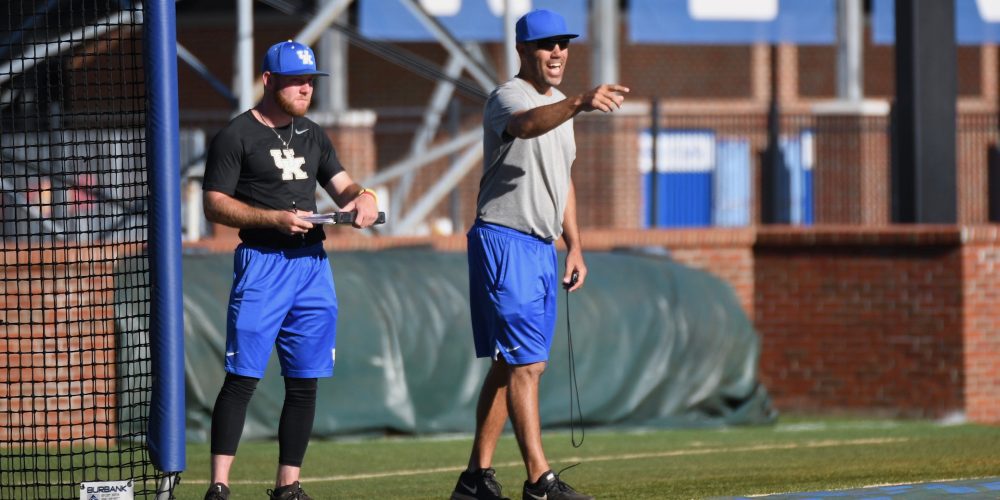 Kentucky coach Nick Mingione had one of the most special first-year campaigns.

LEXINGTON, Ky. — The sounds of a Kentucky baseball practice are unmistakable. As you approach Cliff Hagan Stadium during early hitting work, you can hear head coach Nick Mingione and assistant Roland Fanning shouting encouragement to players, sometimes at the top of their lungs. Even on a random Tuesday in mid-October, the intensity never wanes in Mingione’s program. After early hitting work, it’s “Identity Day” — the coaches administer oral quizzes to players one-on-one, testing their knowledge of the program’s offensive identity, pitching identity and defensive identity. As the correct answers pour in, Fanning yells “YES! YES! STUD!”

“It doesn’t matter if we know what our identity is, we want them to know it,” Mingione said. “They had an oral test where they had to present our identities to our coaching staff, and if they didn’t, there would be consequences paid. And you know what? We got 100 percent on our tests today.”

A bit later, there’s the “chaos” drill. Mingione invents a scenario — in this case, a runner at second base with two outs in the ninth inning, the defensive team leading by one. Music — in this case, Eminem’s “One Shot” — blares loudly over the PA system. A ball is hit to left fielder Tristan Pompey, who fires a strike to the plate. The runner is tagged out — and the players hurl their gloves in the air and dogpile near the mound.

The “chaos” drill at @UKBaseball ends with an out at the plate – and a dogpile. There’s only one October! pic.twitter.com/OzUajReVgS

Then comes “defensive batting practice,” a daily staple of Kentucky practice. While players take BP, teammates are locked in on defense, challenged to hit certain bench marks. When coaches hit fungoes, they do it with a purpose — a certain number of groundball outs must be recorded in under 4.3 seconds, for instance, or bunts fielded and thrown to first in 4.0. During defensive BP, coaches chart how many balls are fielded cleanly, and how many “errors” are made. Mingione wants to lead the SEC in fielding percentage, which means Kentucky needs to make 16 fewer errors than it did a year ago, by his calculation. On this day, the Wildcats field just .962 during defensive BP — which means they have to run sprints at the end of practice.

At one point during BP, a player in the cage gets hit by a pitch. “No!” Mingione shouts. “Did not get to the other side, not great HBP technique! Does not count!” The next pitch plunks the batter square in the back — he had turned away, protecting his hands and face. “Yes! We will have great HBP technique!”

It’s certainly more intense than your average baseball practice. Every little thing is tracked, and Mingione loves to turn every mundane part of practice into a competition. And his players buy in to that mentality — during one of the few moments when some players are standing idly, while teammates take identity quizzes, one UK player is throwing a ball against a brick wall down the first-base line. His teammate says to him, “Hey, want to have a competition?”