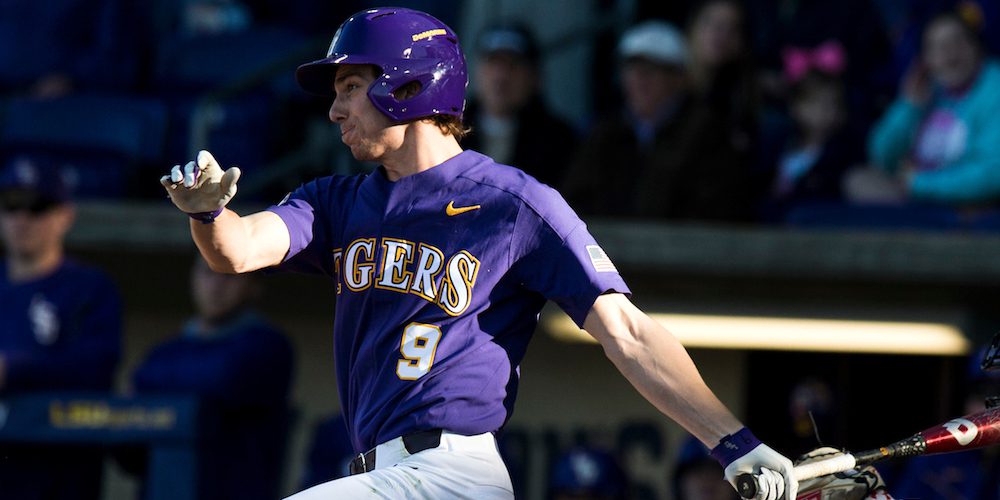 BATON ROUGE, La. — Seeing LSU this fall was a lot like watching TCU a month ago. There are players we grew accustomed to in the purple and gold. Alex Lange and Jared Poche were the big ones. This time, Lange wasn’t at Alex Box Stadium and Poche watched proceedings from the dugout.

This is the new normal for the Tigers, who don’t have an option to rebuild. After all, it’s LSU. The only option is to find a way, anyway possible, to reload in 2018.

How feasible is that, you ask?

It’s doable, but the Tigers will need several players to step up along the way.

In addition to Lange and Poche moving ahead in their baseball careers, LSU got bad news this past summer when righthander Eric Walker, who had flirted with a no-hitter against Auburn late last season, went down with an injury that required surgery. That meant LSU entered fall workouts without a single weekend starter from last year’s team. That’s typically a death sentence in the SEC.

But the Tigers? They have high hopes with what they’ve got coming back and what they’ve acquired in terms of newcomers.

We all remember what Zack Hess did in Omaha this past June. He was electric and his fastball had filthy cutting action on it. There’s also Caleb Gilbert, whose outing against Oregon State gave him a boost of confidence entering fall workouts. Those two, among others, will need to be the guys should LSU get remotely close to emulating last season’s success.

“At a place like LSU, we’re always going to have turnover because of the draft, and we’re going to need young players to help us,” LSU coach Paul Mainieri said. “We still have a way to go as a team.

“I think the biggest concern for us entering fall workouts was rebuilding the pitching staff after losing Lange, Poche and Walker to injury. We’re pretty much starting from scratch when it comes to last year’s rotation,” he continued. “We are really going to count on Hess and Gilbert. I feel like we have those two guys and then some solid depth of other arms to choose from. I think the big thing for us this fall was seeing how guys pitched and not worrying so much about roles and who goes where right now.”

The other big concern for LSU after fall workouts is just figuring out where to put guys in the infield to maximize infield defense. That was a weak spot at times this fall, and is something that Mainieri wants to shore up before the season begins in February.

So, what’s the inside scoop on LSU this fall, and who’s standing out? Let’s dive in.