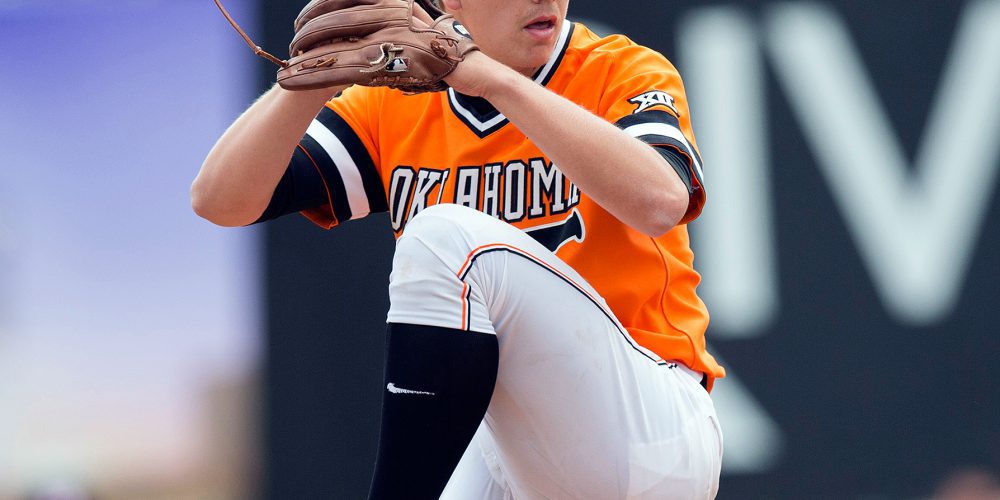 Tyler Buffett's return is huge for the Cowboys. (OSU photo)

Josh Holliday took the Oklahoma State job with the idea of turning his alma mater back into one of the nation’s best programs.

He accomplished that goal last season. While the Cowboys certainly entered the season with high expectations, navigating tough waters in the Big 12 and reaching the College World Series were extreme challenges. The Pokes passed all their tests in impressive fashion last season, finishing behind Texas Tech in the conference standings, while finding their way to the CWS for the first time since 1999 with one of the toughest roads of anyone. First, the Cowboys took care of national seed Clemson on the East Coast before heading up the road a couple of hours to take care of South Carolina to get to Omaha.

Sure, the Pokes would’ve loved to win one of those tournaments at home, but accomplishing the goal on the road kind of made it even sweeter.

Fresh off that trip to Omaha, we’d be lying if we said the Pokes don’t have some gaping holes to fill. They do. The middle infield is gone with All-American Donnie Walton as the headliner, while unheralded backstop Collin Theroux will be a tough act to follow. The Pokes also have some holes to fill on the mound with the departure of All-American righthander Thomas Hatch and others.

The silver lining? OSU still has all the pieces needed to not only get back to the postseason, but potentially to get back to Omaha, too. Righthanders Tyler Buffett and Trey Cobb spurned the professional ranks this past summer to return to school for another season, while the outfield is loaded with impressive talent, the trio including rising Garrett McCain, Jon Littell and Ryan Sluder.

There are questions about with this team, but Holliday likes the direction of things.

“It was a positive fall for us. We broke a lot of new players in and a lot of those guys are getting used to the college game and coaches,” Holliday said. “It was good to be able to integrate the team and build some new chemistry. We know we have some good young talent but you have to show you believe in them and have confidence in them to be able to move forward.

“We’ve grown quite a bit since day one. We’re not where we need to be just yet, but I feel like we’re working our way toward becoming a very sound club,” he continued. “I feel like we had a good fall. I’ve been with some teams where we had great falls, and there’s certainly a good feeling. But, we’re always trying to learn and just arm the kids with information so we come back in January really ready to go.”

Let’s take an inside look at OSU with plenty of scoop.