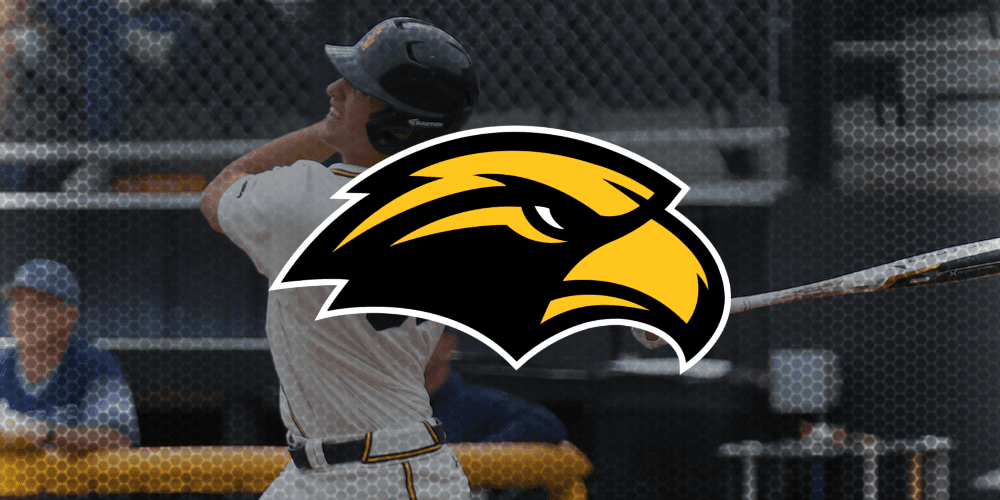 Southern Mississippi head coach Scott Berry hopes lightning strikes twice with his program. Last season, the Golden Eagles entered the campaign with some question marks. They had to replace Kirk McCarty on the mound, while do-it-all player Taylor Braley also was a tough departure. But they replaced both with ease. Nick Sandlin transformed from a shutdown reliever to one of the premier starting pitchers in college baseball and a high-round draft pick, and Mississippi State transfer Luke Reynolds molded into one of the nation’s most feared hitters with double digit home runs. Just like last fall, the Golden Eagles have question marks with the departures of their two-best players. Sandlin is long gone to the professional ranks, while the same is the case with Reynolds. With their departures, USM must replace someone who tallied a 1.06 ERA in 15 starts and 102.1 innings of work, along with a key slugger who finished last season with an outstanding .389 average, 20 doubles, 15 home runs and 61 RBIs. The Golden Eagles can replace Sandlin and Reynolds in 2019. But to what extent could determine their success. “I think when you lose two guys like Sandlin and Reynolds, and the presence they brought to the team and the field, while also bringing everyone else’s game up, it’s a tough loss,” Berry said. “You look at our roster and we do some have some guys coming back. You just hope those guys who need to step up both in terms of production and leadership will do so. “Nick and Luke made everyone around them better,” he continued. “We’ve been through this before. You could’ve said the same thing after we lost Braley and McCarty, and we had guys step up. We’re going to need that again, though, it would be difficult to match what Sandlin and Reynolds did last season.” The other question marks for this team are crystal clear. The Eagles must find a pair of front-line starters to headline the weekend rotation. Arms such as Stevie Powers and Walker Powell, among others, are back in the mix, but must step up, while Mason Strickland, Adam Jackson and others look to increase their roles. Offensively, losing Reynolds hurts, but the Eagles welcome back several key bats, including five everyday starters from last year’s club. The hot corner and shortstop positions need to be replaced, while some position shifts in the outfield will make room for a senior such as Fred Franklin in center field. USM, like everyone else, is far from a finished product right now. But there’s again potential to do big things in the spring. Without further ado, let’s break down Southern Miss’s fall workouts.

We mentioned it in our intro, but the Eagles had one of the best in the business in Sandlin, who tallied video game numbers last season. Now, he’s gone, and pitching coach Christian Ostrander must find a couple of guys who are ready to be premier weekend starters. Walker Powell and Stevie Powers are safe bets to be in the weekend rotation as of now. Powell tallied a 3.80 ERA in 83 innings last season, while Powers tallied a 4.07 ERA in 73 innings, along with 73 strikeouts and 13 walks. Both pitchers have the experience needed, but are either ready to be a Friday night guy in Conference USA? We’ll soon find out. “We’ve got Powers and Powell on the weekend, and we’re certainly hoping that’ll work out for us,” he said. “We’ve also got some other options for the weekend spots, but we’re not really sure what we’re going to do with that just yet.” Click below for more on USM!